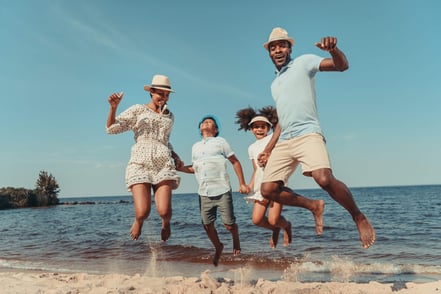 Memorial Day Weekend has come and gone, and that means one thing – it’s officially summer! And while the warmer weather comes with exciting outdoor adventures and great vitamin-D access, it also awakens many creatures – including the biting ones.

In the catalog of annoying bugs, ticks hold a special place, as they transmit a wide range of diseases – including bacterial, viral and parasitic ones. Ticks are parasitic mites of the family Ixodidae and, while there are over 800 known species, only 15 transmit diseases. Of all tick-transmitted diseases, Lyme (Lyme borreliosis) is the most dreaded. Currently the most frequently occurring vector-borne disease in the US, it is transmitted by the blacklegged deer tick (Ixodes scapularis and I. pacificus).

In the US, around 300,000 people come down with Lyme disease each year – a far cry from the 30,000–mark reported by the Centers for Disease Control and Prevention (CDC) before 2015. 96 percent of these cases are reported from 14 states dispersed around the Upper Midwest, Mid-Atlantic and the Northeast, although infection reports have been country-wide.

Early in their life cycle, blacklegged deer ticks don’t carry any pathogens. However, they contract the Lyme bacterium (Borrelia burgdorferi) when feeding on the blood of an infected host. These infected ticks, which serve as a reproduction site for the bacteria, then transmit B. burgdorferi via saliva to humans during a blood meal. Blacklegged deer ticks can transmit Lyme disease either as nymphs or adults, although the nymphal transmissions are more prominent.

It was previously believed that for a successful transmission to occur, ticks needed to be attached to the skin for 36-48 hours, but according to a recent study published in the International Journal of General Medicine, Lyme disease can be transmitted in as little as 16 hours, with the average transmission time of 24 hours.

Lyme disease is multi-systemic in nature, capable of affecting the skeletal, cardiovascular and central nervous systems. Known as the great mimicker, it can present with rheumatoid arthritis, fibromyalgia, depression, attention deficit hyperactivity disorder, multiple sclerosis, chronic fatigue syndrome, cardiac manifestations, encephalitis, and mental illness, to name some of the many associations. Common ocular symptoms and signs include conjunctivitis, keratitis, uveitis, and retinitis. The most diagnostic symptom, however, is erythema migrans a.k.a., the bulls-eye rash.

Lyme disease has no “cure”, per se, although some medications, botanicals and/or nutrients may prove ameliorative. Early detection and treatment is also critical to prevent multi-system complications that can arise later in life. This is why prevention is key when it comes to ticks and Lyme disease.

The CDC recommends Permethrin, DEET and picaridin as inorganic solutions to the tick problem, suggesting the treatment of clothes, socks and boots prior to enjoying outdoor activities. However, research has shown that certain essential oils (alone or as a mixture) can be just as efficacious in tick prevention and control.

Essential oils including rosemary, lemongrass, cedar wood, peppermint, geraniol, citronella and clove have all been found to possess strong acaricidal properties that make them an effective organic option in tick control.

In a 2013 study published in the Journal of Medical Entomology, Eco-Exempt IC2 (an organic insecticide with rosemary oil (10%) and peppermint oil (2%) as its active ingredients) was used to control various stages of I. scapularis in southern Maine. The black-legged deer ticks were endemic in the test area prior to the acaricide application, during both nymphal and adult season peaks. In both cases, the population of I. scapularis in the treated area was reduced to zero and the effect lasted for 6 months post-application. In another study examining the efficacy of rosemary essential oil, a larval mortality of >85% was reported at 10-20% concentrations.

Cedar wood oil has also been widely reported as a potent acaricide. In a study published in the Journal of Economic Entomology, Incense cedar heartwood (Calocedrus decurrens) oil was found to be highly toxic to nymphal I. scapularis and controlled its population significantly in the target area. Another study published in Environmental Entomology reported that  red cedar oil resulted in 100% mortality rate in nymphal I. scapularis at a dosage of 6.3 mg/ml.

Clove bud and Citronella oils are also quite effective. One 2017 study reported an 83% repelling strength for clove bud when used against Dermacentor reticulatus ticks at 3% concentration. Citronella was reported to have an even higher repellency of 91% at a concentration of 1.5 percent. Application of the oils may be topical or sprayed in the environment.