Bile is a vital body fluid that plays an important role in the absorption of nutrients in the small intestine as well as flushing the liver of toxins.... 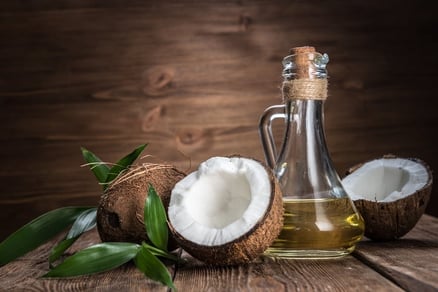 Medium-chain triglycerides, or MCTs for short, are a unique form of dietary fat touted for a number of health benefits including weight loss, support of heart health and improved cognitive function. Fat molecules range in chain length from 2 to 22 carbon atoms, with MCTs falling in the middle (where you’d expect) with 6 to 12 carbon atoms. Four well-known MCT’s include C6 (caproic acid), C8 (caprylic acid), C10 (capric acid) and C12 (lauric acid), and unlike their long-chain triglycerides (LCTs) relatives, MCTs are readily metabolized by the body and quickly burned as fuel. They also only have 8.3 calories per gram as opposed to the 9 calories in a gram of LCTs.

Because MCTs are not stored as fat, the energy they produce can be used immediately by the organs and muscles. In order to understand how MCTs are metabolized, a quick review of the Krebs Cycle is necessary. Whereas glucose requires carnitine to produce Acetyl-CoA, MCTs can bypass the need for carnitine to produce Acetyl-CoA. Therefore, Acetyl-CoA builds up more quickly and rapidly shunts to form ketone bodies, which results in a surge of energy.

This clean form of fat-burning energy, that has nothing to do with carbohydrates or proteins, is coveted by adherents of the ketogenic diet. Burning fats versus carbs has become vogue, and ketone bodies have taken center stage in lively dietary debate. Many people experiment with ketogenic diets for weight loss, cognitive improvement and memory support as seen in some patients with Alzheimer’s Disease (AD).

A diet once prescribed exclusively for patients with epilepsy is now a diet with its own reputable standing, recommended for a number of clinical conditions. Ketones not only suppress hunger, they burn fat by increasing thermogenesis and the metabolic rate. They also prevent long-term weight gain by increasing energy expenditure.

By crossing the blood-brain barrier, ketones can provide an energy alternative to glucose for the aging brain, which sees a marked decline in its ability to metabolize glucose, particularly in AD patients where research suggests some localized, brain-specific insulin resistance. In AD patients fed either a high carbohydrate diet or a ketogenic diet for 6 weeks, marked improvement of verbal memory was found in the adults who were fed the ketogenic diet. In other words, ketone levels were positively correlated with memory performance.

But not all MCTs burn with the same efficiency. As a matter of fact, even the natural state of each MCT is different. For example, C8 is an oily liquid, while C10 is a white powder. Lumping them all together in one entity called “MCTs” does an injustice to the unique characteristics of each individual MCT.

For instance, one acute crossover study in healthy adults found C8 to have the highest ketogenic effects when compared to coconut oil, which is predominately lauric acid (C12), and other blends of MCTs. A “high ketogenic effect” simply means that the highest number of ketones resulted from taking a C8 MCT versus a C12.

Like all MCTs are not the same, neither are all ketone bodies. Of the three ketone bodies we make [acetoacetate (AcAc), β-hydroxybutyrate (β-HBA) and acetone], β-HBA is the most coveted. β-HBA’s nickname is “jet fuel” and happens to be the prized ketone body found in most supplements. β-HBA has been found to promote the expression of brain-derived neurotrophic factor (BDNF), a trophic factor associated with cognitive function and alleviating symptoms of depression and anxiety. Also, higher plasma levels of β-HBA are correlated with higher performance in memory scores. One could conclude, therefore, that patients with memory impairment should be receiving those MCTs proven to raise, not lower β-HBA, specifically.

Because MCTs differ in structure, their metabolic responses in the body also differ. When researchers sought to find out which medium chain triglyceride induced higher ratios of β-HBA relative to AcAc, they discovered that chain length does matter. In fact, one study showed that C8 MCT increased β-HBA compared to C9 or C10, and was the most impressive in decreasing ratios of AcAc/ β-HBA, 15-20% more than an MCT containing a 60:40 combination of C8 and C10 (many MCT blends are in a combination form).

This is not to say that C8 is the only worthwhile MCT. Each is digested differently, with different benefits. 50% of coconut oil is lauric acid (a precursor to monolaurin), an important substance that exerts bactericidal and anti-inflammatory activities through the inhibition of NF- κB activation. Lauric acid, however, is not ideal for generating ketones.

With the ketogenic diet trend on the upswing, lots of verbiage about MCTs and ketone bodies is also on the rise. Remember that C8 is not C10 is not coconut oil, and, if you’re looking for a higher production of β-HBA?

C8 is your friend.

END_OF_DOCUMENT_TOKEN_TO_BE_REPLACED

In spite of a continued surge in online reading and interest in the ketogenic diet, exactly where are we with this dieta...