5 Ways to Hack Your Brain Health 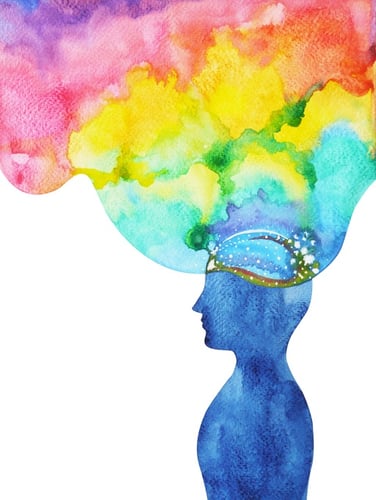 When people talk about “healthy lifestyles’, conversations inevitably turn to weight loss, dieting or exercise programs. As important as these may be to maximize health, how often do we consider a healthy lifestyle for our brains?

According to the American Academy of Neurology, disorders of the brain and nervous system which include dementia, Alzheimer’s disease (AD), Parkinson’s, epilepsy, migraine, ALS, multiple sclerosis (MS), traumatic brain injury (TBI), and stroke, are on the rise. AD is ranked as the sixth leading cause of death in the United States, and the American Alzheimer’s Association expects the number of Americans currently diagnosed with AD (5.4 million) to triple to 16 million by 2050.

Because brain health dictates our overall health, here are 5 hacks for your brain.


Our gut is innervated by some 300 million neurons that monitor and inform the brain about our “internal physiological and metabolic state”. The gut is also home to approximately 100 trillion bacterial cells. Research continues to validate the relationship between the gut and brain, but the extent to which 100 trillion bacterial cells within the gut affect our brain health continues to be discovered. The gut microbiome plays an important role in normal central nervous system development, but it also influences systems associated with stress response, anxiety and memory. Our intestinal microbes have such a profound effect on us, the human host, some say we are no longer even autonomous beings, but “holobionts”. Holobionts are defined as a combined entity of host and microbiota. This means our experience is shared, and influenced, by these bacteria.

For people suffering from anxiety, having a better relationship with these species has proven to be a good thing. A number of studies recently have found that feeding non-digestible oligosaccharides to people positively affects the central nervous system. These prebiotics enhance the growth of specific gut bacteria, including strains from members of the genus families, Bifidobacterium and Lactobacillus. Mice fed with the human milk oligosaccharides (HMO) for 2 weeks prior to being exposed to a stressor were protected against an increase in anxiety-like behavior, which was shown to occur before the changes in the gut microbiome. Another study, using magnetic resonance to highlight brain activity, showed far more robust brain activity in the regions that control emotions and sensations in women who were given a fermented milk product containing Bifidobacterium animalis, Streptococcus thermophilus, L. bulgaricus, and Lactococcus lactis versus a non-fermented milk product.

Gut health matters, and its connection to the brain is profound and intimate. What’s good for your gut is also good for your brain.

Part of our evolutionary advancement includes being propelled by a reward system in our brains. The release of dopamine elicits feelings of pleasure, which act as a reward and motivate us to repeat that dopamine-induced behavior. Put another way - sex is pleasurable and induces a dopamine response, which motivates humans to continue to propagate the species. Eating sugar also induces a dopamine response, which reinforces the reward system and encourages us to eat more sugar. The pathway’s original intent of enticing us with high-energy food sources to keep us alive worked for our ancestors, but serves a less urgent purpose today. As a matter of fact, the brain’s built-in reward system for sugar is harming us. For a person eating a high-sugar diet, and accustomed to higher levels of dopamine in the brain, withdrawing from it can elicit depression and anxiety.

Another study shows that a metabolic-brain-negative feedback pathway is affected by sugar, making some people less likely to create cortisol under stress, and more susceptible to overeating sugar during stress; not surprisingly, they are also more likely to become obese.

In addition to metabolic disorders such as obesity, sugar has been implicated in a number of brain-related health issues such as ADHD, learning disorders, depression and anxiety, but one under a microscope lately is Alzheimer’s Disease. AD is often referred to as “Type 3 Diabetes”, a form of diabetes mellitus specifically affecting the brain. AD may be caused by impairments in the insulin and insulin-like growth factor mechanisms, including deficiencies in their production.

We know how eating too much sugar can lead to insulin resistance and Type II Diabetes. Your brain on sugar lights up the dopamine receptors in the nucleus accumbens like a fireworks display, reinforcing the reward feedback mechanism. But it’s a short-lived response that only creates a relentless cycle to need more sugar. It’s tough to break the habit, but your brain will thank you if you do.

3. Some Fats Love Your Brain

One key area of interest is traumatic brain injury (TBI), a major cause of death and disability affecting 1.5 million people each year. For years, the anecdotal evidence was there, and now clinical research is catching up. One study titled, “Neuroprotection for the warrior” confirms that omega-3s exert a protective mechanism at the cellular and neuronal levels of the brain following TBI. They recommend a daily regimen of omega-3s for everyone, but up to 3 grams for athletes, soldiers or anyone at risk of brain impact. Supplementing with omega-3s prior to injury can also be useful and effective in recovery.

Brain Hack: Get Your Omega-3s.

4. Detox from Your Smartphone

According to the Pew Research Center, 77% of Americans own a smartphone. The generational gap has widened over time with 92% of 18- to 29-year-olds versus 42% of those who are ages 65 and older owning smartphones. Another shocking statistic, growing more prevalent as the next generation practically comes out of the womb holding a smartphone, is that 46% of people admit a dependence on them. In other words, they (we) can’t live without them.

Researcher, Hyung Suk Seo, M.D, professor of neuroradiology at Korea University in Seoul, examined the brains of 19 teenagers using magnetic resonance spectroscopy (MRS) and found “smartphone addiction creates an imbalance in the brain”. He ranked severity of dependence on the cell phone based on answers to questions that addressed daily routine, social life, sleeping patterns, general feelings and the extent to which they used their smartphones. As expected, those teenagers who were found to be more addicted to their smartphones also had higher scores in depression, anxiety, sleep disturbances and other behavioral issues. The MRS also found the brains of the addicted subjects had higher gamma amino butyric acid (GABA) to glutamate-glutamine (Glx) ratios. Seo suggests that “increased GABA in the anterior cingulate gyrus in smartphone addiction may be related to the functional loss of integration and regulation of processing in the cognitive and emotional neural network.”

The brain not only affects our memory and mood, but also the overall quality of our lives. When discussing healthy lifestyle choices, perhaps we should consider making brain health the center of the conversation. Maybe when we give our brains the attention they deserve, other aspects of our health, such as weight loss and motivation to exercise, will fall into place.