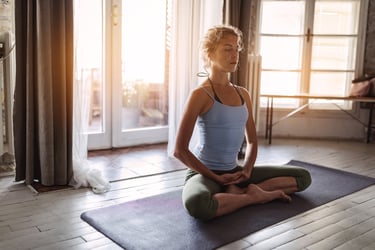 Bile is a vital body fluid that plays an important role in the absorption of nutrients in the small intestine as well as flushing the liver of toxins. Bile is continuously produced in the liver by cholesterol oxidation and conjugated to glycine and taurine, and subsequently stored in the gallbladder. Bile also works as a signaling molecule both inside and outside of the liver.

According to Traditional Chinese Medicine (TCM), the liver is known as the "master organ". The liver helps with detoxification, enzyme production, bile production, hormone production, immune cell activation and the storage of vitamins and iron.

How Does the Liver Function?

A critical function of the liver is the excretion of bile. A healthy liver also plays an important role in nutrient distribution by effectively metabolizing energy as well as storing vitamins and minerals for later use. In fact, everything that enters the body via the mouth is processed by the liver.

In modern society, many individuals have livers that are overburdened and cannot perform their essential functions. This breakdown of function can lead to disease. Blockages in the gallbladder (such as gallstones and bile duct stones) can increase the amount of daily nutrition required, due to the lack of nutrients being absorbed. Additionally, these stones can hinder bile’s ability to remove toxins. A liver that is not functioning optimally produces less bile, which can result in digestive issues such as bloating, constipation and stomach pain.

The Importance of Bile

Bile has many functions; one of these functions is to lubricate the small intestines and stool. Less lubrication can result in constipation while too much can lead to diarrhea. A blockage in this area also increases the accumulation of toxins in the body, which creates oxidative stress, backing up waste matter. When too much food is left in the intestine, it ferments, which may lead to leaky gut due to toxic gasses penetrating the intestinal lining.

Bile salts break down fats, so adequate bile is required for processing fats and, as such, are important for weight loss. Bile also transports toxins out of the liver into the feces, and keeps everything flowing properly. Without the continual manufacturing and functioning of bile, cholesterol stones may result.

Fat soluble vitamins (A, D, E and K) can only be broken down in the body if there is adequate bile. Patients that have had their gallbladder removed must be aware that they have no bile storage system, and, therefore, must manage bile production.

The liver and thyroid have a synergistic relationship. Thyroxine (T4) and tri‐iodothyronine (T3) are essential for normal organ growth, development and function. These hormones regulate the basal metabolic rate of all cells, including hepatocytes, and thereby modulate liver function; the liver in turn metabolizes the thyroid hormones and regulates their systemic endocrine effects. In patients with extreme liver dysfunction, lowest levels of T4 and T3 with extremely high rT3 were found.

T3 is the more potent thyroid hormone, metabolized from iodine. A thyroid problem may be the result of a bile or liver malfunction rather than anything to do with the thyroid. The liver also metabolizes many other hormones, such as insulin-like growth factor, and plays a major role in the inactivation of excess hormones.

Mental and mood imbalances can result from an unhealthy or fatty liver because of the liver’s influence on hormones. Because mental and mood balance correlates with hormonal balance, it is vital to keep the liver healthy.

Bile cannot be produced effectively by an unhealthy liver. There are a wide range of symptoms of liver imbalance that could be contributing to low bile output, including

How to Support the Liver for Healthy Bile Production

First, remove causative factors that may be harming the liver. For example, avoid anything that increases lactate, such as coffee, sugar, alcohol and processed foods. The liver is the primary organ for lactate clearance, therefore, it’s important to ease the burden as much as possible.

2. Eat Foods that Support the Liver

Liver-supporting foods include bitter greens, dandelion, milk thistle, berries, and beetroot. Ginseng also promotes a healthy liver and bile production. To optimize the effectiveness of liver-supporting foods, it’s best to choose organic, which lowers the toxin burden on the liver.

Diaphragmatic breathing is said to help activate the liver and its detoxification pathways. When stressed, the breath is shallow, which keeps stress-producing toxins inside the liver. The relaxation response (RR) via deep breathing has been studied with positive results.

Emotional stress is detrimental for health as it creates a cascade of fight or flight hormones, such as cortisol, nitric oxide and adrenaline. This puts a huge burden on the organs of the body, but especially the liver as it is responsible for the removal of excess toxins and hormones.

When it comes to the liver, it’s the bile that keeps the energy moving and releasing waste products into the feces. Nitric oxide and cortisol get trapped inside the liver if there is no way for it to flow out with adequate bile.

Bile is a vital body fluid that plays an important role in the absorption of nutrients in the small intestine as well as...