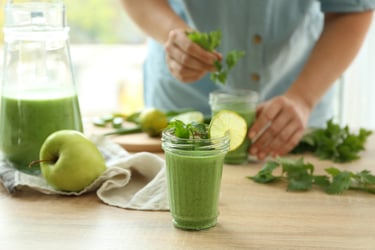 Detoxification is a subject contested by a lot of people perhaps due to conflicting marketing messages online. The thing is, our bodies detox naturally, every single day. However, if we overburden the human organism with toxins, this can result in an over-toxified system that simply needs a break. Toxins are lurking everywhere in modern society. As we strive for convenience, it seems like we make everything more toxic, burdening the environment with pesticides, fertilizers, heavy metals, plastics, as well as waste products from factories and agriculture.

Even Newborn Babies Have Toxins

Feeling Tired All the Time

Many toxic chemicals can cause depression - even alcohol when abused can lower mood. There are 40 known toxic compounds that are known to cause neurotoxicity and a blue mood in some people.

Brain Fog/Finding It Hard to Focus

An overload of toxins can get deep inside our bodies and cause cellular poisoning. In a study of 66 men who were exposed to solvents as part of their job, one fifth was found to suffer from sleep apnea. Environmental Neurotoxicology has found that there are 119 chemicals that can disturb sleep.

Cravings for Unhealthy Carbs or Sugar

Vitamins, minerals and amino acids work to detoxify waste, foreign chemicals and reactive oxygen species (ROS). When the body is over-toxed, it is hard to absorb nutrients effectively, which can cause a downward spiral for overall health. The immune system plays a key role in cleansing out some toxic chemicals and as such the immune system can become overburdened if there are too many toxins in the system.