Word is getting out that elevated insulin is a major underlying factor in numerous chronic health issues even when blood glucose is normal. Previous a... 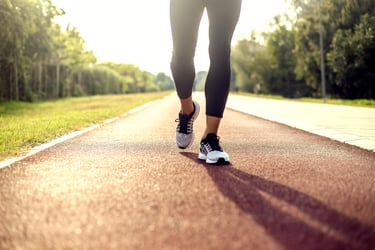 Results of a study that characterized the relationship between physical activity, sedentary behavior, and how they interact with cardiometabolic health were recently published in the journal Medicine and Science in Sports and Exercise. This study helps to chip away at some of the questions that remain around sedentary behavior and physical inactivity, and if there is a difference between the two.

Inactivity is typically defined as not meeting the recommended guidelines for physical activity, while a sedentary individual may meet the requirements and simultaneously spend a lot of time with very low energy expenditure. Key questions remain regarding the requirements of exercise needed, such as the sufficient intensity and duration to improve cardiovascular risk and compensate for periods of sedentary behavior, or if sedentary behavior carries its own risk independently of other periods of physical activity. Does sitting in front of a computer for 10 hours have a negative impact on people that also meet or even exceed requirements for moderate-to-vigorous physical activity (MVPA)? Does the amount of light intensity physical activity (LPA) also influence risk? Is there a threshold at which MVPA or LPA can negate the detrimental effects of being sedentary?

In this study, nearly 4,000 46-year-old participants from the Northern Finland Birth Cohort (1966) wore an accelerometer during waking hours, which collected data for 7-14 consecutive days. Cardiometabolic variables were also collected, including BMI, body composition and visceral fat, plasma lipids, glucose, and insulin, and in some cases oral glucose tolerance testing. Cardiorespiratory fitness was determined by a submaximal 4-minute single-step test, and several variables were self-reported, including sleep duration and lifestyle behaviors, such as smoking and alcohol consumption. Physical activity was characterized both by total time as well by cluster, which helps to acknowledge the interrelationships between each level of activity.

Among the 4 clusters described, the unhealthiest were classified as “active couch potatoes”; they had the most sedentary time (defined as <1.5 metabolic equivalents [MET]), and the least time in LPA (1.5–3.0 MET) and MVPA (3+ MET). Roughly 1/3 of the cohort, these individuals averaged over 600 minutes of sedentary time per day, and less than 220 minutes of LPA per day. Importantly, however, they did participate in approximately 35 minutes of MVPA per day, meeting the recommendation of at least 150 minutes MVPA per week encouraged by most professional and governmental organizations. The other groups were comprised of “sedentary light movers” and “sedentary exercisers” who spent less time being sedentary than the active couch potatoes (between 480-600 minutes per day), but more time in LPA or MVPA, respectively. “Movers,” about 17% of the cohort, spent the least time being sedentary, and more time in LPA and MVPA (>350 and >60 minutes per day, respectively).

Even after adjusting for potential confounders, including cardiorespiratory fitness and sleep duration, active couch potatoes had the least favorable cardiometabolic profile. For example, even sedentary light movers had lower 2-hour and fasting insulin levels (11.4% and 9.3% lower, respectively), triglycerides (5.3%), and other adiposity measures. Sedentary exercisers and movers had even greater reductions in 2-hour insulin (22.7% and 18.3%), triglycerides (9% and 10.9%), LDL/HDL (9.3% and 9.9%), as well as improvements in body fat, fat mass, visceral fat area, and waist circumference.

The findings of this study suggest that large amounts of time spent in sedentary behavior (such as 10 hours per day or more) are associated with poorer cardiometabolic health, even when basic recommendations for MVPA are met. Additionally, the more time spent in LPA vs. sedentary the better – there was a clear advantage of increasing the proportion of time in LPA even if the gains were not as large as if that time were spent in MVPA.

Other useful studies help to consolidate thinking in this area; a very large meta-analysis found that greater amounts of time spent sitting were associated with increases in overall mortality risk, but the hazard ratios only start to increase significantly around 7-8 hours (they reported a 34% higher mortality risk for adults sitting 10 h/day, after taking physical activity into account). This suggests that some degree of sedentary behavior may not be harmful, but certainly higher amounts are. A second meta-analysis published in The Lancet may offer the most insight. Over 1 million individuals were included, leading to a number of important takeaways. First, compared to the group that exercised the most (>35.5 MET-hours per week) and spent the least time sitting (<4 hours per day), groups that spent more time sitting and less time exercising had a 12-59% higher mortality rate. However, there was no increase in the mortality risk among those who sat for more than 8 hours/day but who also reported >35.5 MET-hours per week of activity. Thus, a very high portion of time spent in MVPA may negate the effects of sedentary behavior, but it requires a lot – 4-5 times the amount of time spent in MVPA than current guidelines recommend, a difficult goal for most people. This study and others also suggest that time watching TV (or screen time) may be different from other sedentary activities, and that MVPA does not seem to negate its effects, particularly above specific thresholds (such as 5 or more hours watching per day).

Bottom line: move frequently and regularly, avoid being sedentary, and opt for moderate to vigorous activity as much as possible.