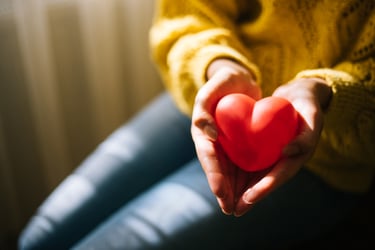 Evidence continues to grow for the value of using apolipoprotein levels (apoB and apoA-1) as the best marker for cardiovascular risk, as they have been shown to be closely associated with cardiovascular outcomes over a wide range of ages and over a long period of time, as reported in a recently published Swedish cohort study. In this study, 137,100 men and women aged 25–84 were followed on average for nearly 18 years, and levels of apoB, apoA-1, and the ratio between them (apoB/apoA-1) were assessed and compared to MACEs (non-fatal MI, stroke, and cardiovascular (CV) mortality). This study is the largest one so far to take a closer look at these relationships.

Some of the key takeaways from this study:

It’s also important to note that these results remained after adjustment for many factors, including total cholesterol, triglycerides, glucose, sex, socioeconomic status, smoking, diabetes, and hypertension, and were similar for men and women aged 25–69. The finding of a difference in risk that could be predicted 20 years in advance strongly suggests that more personalized recommendations could be tailored to those at higher risk at a much earlier point in their lives, potentially preventing a MACE event from occurring decades later.

Keep in mind that today we have a much better idea of what drives atherosclerotic cardiovascular disease, and that it is specifically ApoB particles. The penetration and retention of an apoB particle (which contains cholesterol) into the arterial wall is the event which drives atherosclerosis, all the way from fatty streaks to plaque rupture. Rather than the mass of cholesterol within an LDL or VLDL particle determining atherogenic risk, current understanding is that it is the number of apoB particles in the arterial lumen which determines the number of particles that will pass through and become trapped in the arterial wall. Thus, it is really the number of apoB particles that is the primary driver of risk; because apoB may be found in any non-HDL particle, using apoB unifies the atherogenic risk associated with other biomarkers, such as VLDL and LDL.

ApoB, as a laboratory measure, can also be more precisely and reliably measured than other lipid biomarkers such as LDL-C, which lacks a standardized method for its calculation and is prone to error in some populations, such as those with hypertriglyceridemia or type 2 diabetes. A standard lipid panel certainly has predictive value for identifying cardiovascular risk, and LDL-C is highly correlated to apoB levels. However, it is now clear that there is discordance between them, and 20-60% of the US may fall into one of the identified discordant groups. When there is discordance, apoB has been consistently shown to be a better predictor of risk than LDL-C or non-HDL-C, as shown in multiple studies including the INTERHEART study, Framingham heart study, and even among young adults in the CARDIA study. And multiple factors may lead to discordance, including body fat percentage as well as dietary variables such as fiber intake. Elevated ApoB is predictive of kidney disease and metabolic abnormalities, regardless of LDL-C.

We may also not be appreciating all the benefits of interventions using conventional lipid analysis. For example, results from the 1-year Oslo diet and exercise randomized trial found that apoB/apoA-I was indicative of a reduction in atherosclerotic burden following physical exercise, while LDL-C remained unchanged. We also know that being physically active is associated with a reduction in the particle concentrations of all ApoB-containing lipoprotein subclasses, and an increase in the ApoA-1 subclasses even in children.

The authors of this most recent study point out that “there is virtually no single study or clinical condition in which LDL-C or non-HDL-C or a lipid ratio has been shown to be superior to apoB or the apoB/apoA-1 ratio in predicting CV risk.”  Despite this, many guidelines continue to recommend the use of a standard lipid panel to asses CV risk, and neither apoB or apoA-1 are routinely measured in clinical practice. Hopefully, this most recent study will provide another incentive to shift our tools for assessing cardiovascular risk.