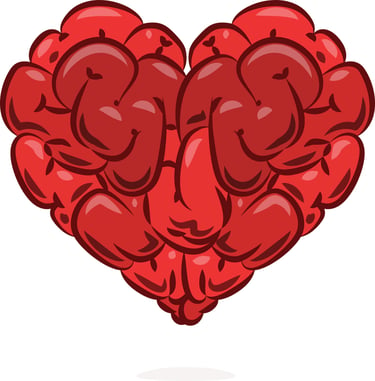 Most of us have heard about the gut-brain connection, how nearly 90% of the body’s serotonin is actually made in the digestive tract, and how the gut-brain axis is the missing link in depression. Gut health and the landscape of the gut microbiota influence many aspects of our health, so it is no surprise that the gut’s connection with chronic disease such as cardiovascular disease, diabetes and neurodegenerative diseases is also very strong.

Berberine, a centuries-old compound found in medicinal herbs throughout various traditional therapies also positively affects and connects the gut and heart. Berberine is an isoquinoline derivative alkaloid found in a number of herbs. While these berberine-containing herbs are not traditionally used in food preparations, the active component has been identified and can be isolated from many plant sources including: Coptis chinensis (Coptis or Goldthread), Hydrastis canadensis (goldenseal), Berberis aquifolium (Oregon grape), Berberis aristata (Tree Turmeric), Berberis vulgaris (Barberry), and Arcangelisia flava.

Berberine is probably best known for its role in the gut, exhibiting activity that helps promote gut microbial balance. As a matter of fact, researchers have renewed interested in many plant-derived substances to influence bacterial management, and berberine is a leader in the pack. It’s also a botanical commonly known to influence blood sugars, blood lipids and the immune system. But how?

How a Healthy Gut is Good for the Heart

According to a 2016 study, the gut’s immune system is an important contributor to metabolic disease, and may be a therapeutic target when looking at systemic inflammation in insulin resistance. Altered gut immunity is associated with changes to the gut microbiota, intestinal barrier function, gut-residing immune cells, and tolerance to antigens entering the gastrointestinal system. This may increase the risk for pathogenic infections, drive chronic inflammation, and ultimately lead to chronic disease.

There is an increase in the prevalence of chronic disease that can negatively affect heart health. A prime example is type 2 diabetes (T2DM), which often coexists with hypertension and provokes researchers and consumers to pursue nutritional support for healthy blood sugar levels. The statistics regarding T2DM alone are staggering. As of 2015, the Center for Disease Control and Prevention reports over 30 million Americans have diabetes. Nearly three times that many have prediabetes. Seventy percent of people with prediabetes will develop T2DM.

Herbal therapies that have been used to support healthy blood sugar levels are under investigation as to their true efficacy and safety to be used as such. Multitudes of berberine studies have been conducted, but primarily in vitro, or in cell cultures. Most in vivo studies have used animals for the research. Despite the size and quality of these studies, almost all the results in the last two decades have been positive. One study from 2012 looked at in vitro activity to closely examine the suspected mechanism by which berberine affects fat storage. The results using clinical administration of berberine to study participants with metabolic syndrome were promising.

One study looked at the use of berberine in both human cell cultures to determine how it affected preadipocyte (a precursor to fat cells) differentiation and fat hormone and cellular activity in patients with metabolic syndrome. The researchers found preadipocyte differentiation was inhibited by berberine, while leptin, adiponectin, PPARγ2 (the nuclear receptor known as the master regulator of fat cell biology and target of many diabetes meds) and C/EBPα (a protein required for fat cell differentiation) decreased. After a few months, subjects showed a decrease in their BMI and leptin/adiponectin ratio, suggesting berberine may improve insulin sensitivity by inhibiting fat storage, as well as have beneficial effects in the control of blood lipid levels.

In terms of how berberine affects cardiovascular biomarkers, multiple examples exist in the literature. Administration of berberine in one study produced a significant reduction in total cholesterol, triglycerides, and low-density lipoprotein cholesterol levels, with a marked increase in high-density lipoprotein. Further, a meta-analysis of the anti-diabetic, hypolipidemic and anti-hypertensive effects of berberine reviewed twenty-seven randomized controlled clinical trials. The authors conclude berberine is effective in its support of the cardiovascular system and the maintenance of healthy blood sugar levels, with no serious adverse reactions found in any of the studies. Berberine has also been shown to inhibit complex I of the mitochondrial respiratory chain, resulting in an increase of 5' adenosine monophosphate (AMP) and 5' adenosine monophosphate-activated protein kinase (AMPK) activation. This has a direct effect on energy metabolism.

Consider also its benefits for neurological health, specifically in the modulation of the dopaminergic system. Berberine has shown potential in the control of seizures, diabetes-induced memory dysfunction and hyperexcitability. One animal study investigating obsessive-compulsive disorder found berberine to promote anti-compulsive and/or anxiolytic effects due to its ability to increase brain monoamine levels. Another review from 2016 suggests berberine’s ability to reduce oxidative stress and provide neuroprotective benefits. The review further references studies that examine the botanical’s role in the development of amyloid plaques and intracellular neurofibrillary tangles.

Berberine has found its role in the gastrointestinal, cardiovascular and, also, brain worlds. Truly offering a healthy dose of gut-heart-brain connection, berberine is one to watch.

A Final Note on Safety

In high doses, berberine can cause gastrointestinal irritation. Thus, it is typically administered in divided doses and taken with a meal. Also, researchers have shown berberine inhibits certain cytochrome enzymes that also target many other types of drugs, including certain antibiotics. Inhibiting cytochrome enzymes impacts the liver’s detoxification system, which is required to metabolize and, ultimately, clear drugs. Therefore, it is critical to closely monitor those patients who are using berberine if other medications are being used concomitantly.