Boost Your Athleticism with Magnesium 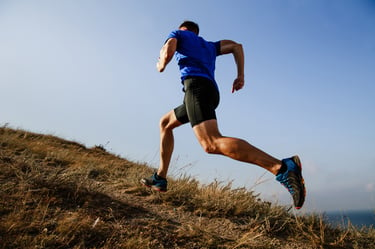 During exercise, magnesium (Mg) is dispersed throughout the body, and utilized where it’s needed most. Magnesium is a cofactor for more than 600 enzymatic reactions, responsible for building tissue and bone, as well as being a conduit for the nervous system. Magnesium is found in every cell in the body and has a critical role to play in all areas of metabolism.

Although magnesium supplementation has been found to enhance performance only in those with depleted magnesium reserves, exercise uses a lot of magnesium. Ensuring adequate magnesium for athletes can vastly improve performance. The US RDA for magnesium is currently set at 310 mg for women and 400 mg for men. However, there are some researchers who advocate higher dosages of 500+mg, especially during periods of intense exercise, illness or heightened stress.

Bodybuilders and strength trainers use large amounts of magnesium for muscle contraction and energy. During exercise, magnesium is regulated and dispersed for the production of energy. This energy is formed as the Mg-ATP complex, when the Mg2+ ion binds with adenosine triphosphate (ATP). ATP is responsible for all intracellular energy and gained through sun exposure or consumption of vitamin D.

What most people don’t know is: to become bioavailable, ATP must bond to magnesium to form Mg-ATP. Therefore, people supplementing with vitamin D to increase energy reserves must also ensure adequate intake of magnesium.

How to Get Enough Magnesium

Although magnesium is found in a wide variety of foods, it’s difficult to get the Recommended Dietary Allowance (RDA) of magnesium from diet alone. Soil is often depleted of vitamins and minerals, due to modern agriculture – resulting in nutrient deficient produce.

Athletes often overlook the vital role that magnesium plays in performance. However, several studies have concluded that magnesium and exercise is integrally linked. Daily supplementation ensures that Mg stores are kept full.

Compromised intestinal lining or a blocked colon could seriously reduce your ability to absorb nutrients. In this case transdermal magnesium would be the preferable method of delivery. Other factors that can limit the absorption/ bioavailability of Mg include not eating adequate protein (with the exception of unfermented soy products, which inhibit Magnesium absorption). One study showed that a daily protein intake of less than 30g resulted in a reduction of Mg absorption.

Increased intake of Mg is suggested for people who are not able to absorb enough via their gut or for those who excrete the Mg before it is utilized by the body.

The kidneys have a major role to play in the proper absorption of magnesium. If the kidneys are not functioning properly they will excrete the magnesium instead of using it for nutrition. Some drinks such as alcohol, caffeine, soda and tea act as diuretics and reduce our ability to absorb magnesium. Diets rich in phosphate, phytic acid and excess calcium also have adverse effects on the absorption of magnesium

For optimal muscle performance the substrates in the body must be balanced. For example, delayed accumulation of lactate will lengthen the amount of time that an athlete can exercise and reduce muscle fatigue, resulting in increased performance. Additionally, glucose stores must be readily available for use during exercise. Magnesium has been found to balance substrates and may also aid in timely muscle recovery.

Studies show that performance in endurance sports like swimming can be enhanced with magnesium supplementation. Lactate levels can be reduced by 150% and glucose levels elevated by over 300%, resulting in greatly enhanced athletic performance.

Furthermore, during exercise intercellular water (ICW) gets impacted, resulting in a reduction in overall athletic performance. This can be rectified with adequate magnesium supplementation, improving muscle strength.

As well as muscle strength, athletes require a strong mental attitude. Luckily enough, magnesium supplementation has been shown to help with fatigue and cognitive ability, thus giving athletes that supplement with magnesium both mental and physical advantage.

Magnesium supplementation can help regulate stress, due to the fact that Mg is used up rapidly during stressful circumstances. The good news is that the resulting calm does not affect athletic performance.

When exercising a lot of pressure is put on the skeletal frame, requiring strong bones to endure impact, and prevent injury. Hypomagnesaemia can result in, and perpetuate both inflammation and fragile bones. 60% of our magnesium reserves are in our bones, and as such we must ensure that this balance is kept to keep the crystal lattices of the skeletal structure intact.

For those athletes needing to replenish magnesium stores to optimize top performance, eat your leafy greens and look for highly absorbable forms of magnesium to avoid laxative effects.

Feel free to share this news from Biotics Research

Biotics Research Corporation has been a leading manufacturer of specially designed nutritional products for over thirty years. Our mission remains constant: to be the benchmark of excellence in nutritional science, technology and service, providing the clinician with reliable, innovative products of superior quality as well as the highest level of customer service.