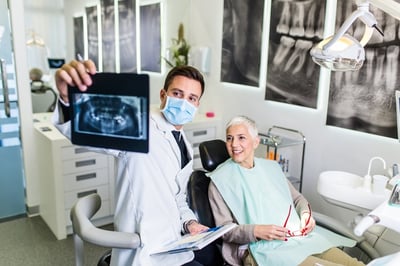 Coenzyme Q10 (CoQ10), a natural antioxidant synthesized in the body and known to enhance energy, has also received accolades for supporting oral health. With its ability to generate cell energy, CoQ10 may be able to help with proper tissue repair within the gingiva (gums).

In fact, according to Inside Dentistry, CoQ10 may be a missing link in supporting periodontal health. Periodontal diseases usually refer to common inflammatory issues known as gingivitis and periodontitis, caused by pathogenic microbiota in the subgingival biofilm. These bacteria include Porphyromonas gingivalis, Aggregatibacter actinomycetemcomitans, Tannerella forsythia and Treponema denticola. As a matter of fact, the subgingival microbial communities are comprised of around 500 bacterial species. These periodontal pathogens can result in the overproduction of reactive oxygen species (ROS), which then trigger innate, inflammatory, and adaptive immune responses, inducing collagen and periodontal cell breakdown. This cell damage is known as polymorphonuclear neutrophils (PMNs) and plays a major role in periodontitis. Because CoQ10 acts as an antioxidant, it helps to decrease PMNs and collagenous problems.

According to Inside Dentistry, colleagues researched 10 male periodontal patients ages 35 to 61 years with periodontal pockets less than 4 mm at the facial aspect. Thirty facial periodontal pocket sites were selected and were given CoQ10 alone without periodontal therapy for the first 3 weeks. In addition, subgingival and conventional debridement was added with a few sites receiving CoQ10 for an additional 3 weeks. The study showed that all sites reported a decrease in plaque index, crevicular fluid flow, probing depths and attachment loss. This indicates CoQ10’s ability to help with oxidative stress in periodontitis and decrease collagenous destruction.

CoQ10 contains quinines that help produce energy through the use of oxygen. With gingiva issues, a deficiency in CoQ10 is often seen. CoQ10 strengthens gingiva tissue and helps stave off the unwanted bacteria in the mouth that can cause plaque. By aiding the management of oral bacteria, CoQ10 is able to support a healthy inflammatory response, which is vital for gum health.

A study in the Journal of Clinical and Diagnostic Research also indicates how CoQ10 made a profound impact on periodontal destruction. The research consisted of a randomized, double-blind, controlled, parallel group designed clinical trial. Thirty subjects with oral plaque participated and were randomly divided into two groups. The test group was given CoQ10 after scaling and root planning, and the control group patients were administered a placebo after scaling and root planning. The plaque, gingival index, and probing depth were recorded at baseline from one to three months. Both groups demonstrated a decrease of periodontal parameters at one month to three months compared to baseline, but the test group showed an obvious difference in gingival inflammation at one and three months compared to the control group. Again, administration of the antioxidant helped support healthy inflammatory processes with periodontitis.

According to the International Journal of Current Pharmaceutical Research, 30 individuals with generalized gingivitis and periodontitis (18 male and 12 female) with a mean age of 33.7 were evaluated in an in vivo study. The study was a split mouth study design in which each patient acted as a test and a controlled site, and was randomly distributed to either by the toss of a coin. Bleeding during the evaluation was noted. Periodontal scaling and root planning was done using an ultrasonic scaler, and intrasulcular application of CoQ10 was done at the same visit. In addition, CoQ10 was administered for self-application (in a gel form) on attached and marginal gingiva, twice daily (at the site only). The participants were then evaluated between 1 and 2 weeks. The other side did not receive additional application of CoQ10 gel, acted as control sites, and received scaling and root planning as monotherapy. The examiners that evaluated the 1st and 2nd week were blinded for the test and control sites in each patient. At the end of the 2nd week, the study demonstrated that there was a decrease in the score at test sites from 2.25 to 1.22 and control sites (mean 2.24 to 1.27) from baseline to the end of the 2nd week, which suggested that the patients sustained their oral hygiene over the time of the study.

In addition, the gingival index score values were compared to the test and control sites at baseline during the 1st and 2nd week interval, and the results indicated that there was a dramatic improvement in regard to a decrease in gingival index score values for the test sites compared to control sites by the end of the 2nd week. Furthermore, both sites demonstrated improvement during the study, and test sites showed an even bigger boost. The addition of CoQ10 gel helped, and the reduction of bleeding from the gingiva supported a healthy periodontal inflammatory response, showing CoQ10 as a valuable nutrient in helping gingivitis and periodontitis.

Many recognize CoQ10 as a nutrient that supports energy function, but this research highlights its prowess in oral health, as well. A potent antioxidant available in an oxidized form (ubiquinone or CoQ) and a reduced form (ubiquinol or CoQH2), its role as an adjunct to mechanical periodontal therapy is now substantiated.