Do You Have Leaky Brain? 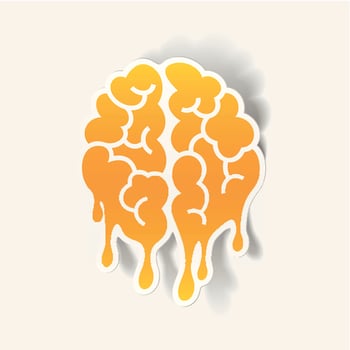 The NIH estimates that 20% of Americans have a diagnosable mental disorder, at a cost of $201 billion per year. The most common maladies are depression and phobias. In 2014, the CDC issued a report indicating that the U.S. suicide rate reached 13 per 100,000, the highest it had been since 1986. We are beginning to look at systemic inflammation and its effect on the blood-brain barrier as a cause of neurodegeneration and, subsequently, mental health problems. The blood-brain barrier (BBB) is semi-permeable and vulnerable to damage by free radicals and inflammation.

As for the efficacy of antidepressants, a report published in Psychotherapy and Psychosomatics states, “Meta-analyses of FDA trials suggest that antidepressants are only marginally efficacious compared to placebos.” Because of this, researchers continue to explore mechanisms to address mental health issues. Scientists are now exploring how inflammation might decrease the firing rate of neurons in the frontal lobe of the brain in people with depression. Some believe that medications used to manage depression are limited since they do not address underlying brain inflammation.

The term “leaky brain” is becoming more popular when describing those situations when the protective BBB is breached. When the BBB is compromised, opportunistic invaders can enter and cause a host of neurodegenerative issues. Blood tests measuring levels of occludin and zonulin can be used to detect brain (and even gut) permeability. Research supports the testing of zonulin to this end. Immunoglobulins to blood barrier proteins can also be tested. Researchers are investigating a molecule called microRNA-155, which becomes elevated with inflammation. MicroRNAs (miRNAs) have recently emerged as key regulators of pathogenic responses, with miR-155 a marker for neuroinflammation at the BBB. This molecule can create gaps in the BBB, which exacerbates permeability causing the brain’s immune system to go into overdrive, which, ultimately, leads to brain inflammation.

A recent report suggests additional mechanisms for neurodegenerative and neuropsychiatric disorders, and discusses the role of inflammation, redox reactions, and mitochondrial pathways on the BBB. Recent research has shown a connection between peripheral inflammation and psychiatric disorders. Pro-inflammatory cytokines become elevated and increase the permeability of the blood-brain barrier. Elevated superoxide radicals, hydrogen peroxide, and other reactive oxygen species, as well as reactive nitrogen species, like peroxynitrite can damage the mitochondria and the blood-brain barrier. Microglia are immune cells in the brain. They become activated and secrete neurotoxic molecules, creating further damage. The role of microglia in neurodegeneration is supported by reports appearing in Prog Neurobiol. and in Acta Neuropathol.

The authors concluded that chronic oxidative and nitrosative stressors are associated with the development of a leaky gut. There are evidence-based approaches, which address the leaky gut and blood-brain barrier dysfunction, that have been suggested as potential therapeutic interventions for neurological and neuropsychiatric disorders. Much of the therapy centers around healing the gut, as this research into probiotic supplementation to improve cognition suggests.

Permeability of the intestinal mucosa, or “leaky gut”, may have a connection to permeability of the blood brain barrier, according to research. Bacteria, toxic metabolites and small molecules leak into the bloodstream. This is found in celiac disease, triggered by gluten sensitivity. Nervous system involvement with celiac disease is well established. While true celiac disease is rare, leaky gut and corresponding neurologic issues are not. The article focuses on the bowel flora’s effect on inflammation and the integrity of the blood brain barrier. Authors of a different study state, “Various microbiota-improving methods including fecal microbiota transplantation, probiotics, prebiotics, a healthy diet, and healthy lifestyle have shown the capability to promote the function of the gut-brain, microbiota-gut-brain axis, and brain. It will be possible to harness the gut microbiota to improve brain and mental health and prevent and treat related diseases in the future.”

In another report, the authors suggest that the digestive system’s role in inflammation and immunity may somehow be linked to Alzheimer’s disease (AD). The report proposes that changes in the proteolytic processing of the amyloid precursor protein leads to the accumulation of the amyloid beta (Aβ) peptide. Aβ then triggers an immune response that drives neuroinflammation and neurodegeneration. The authors go on to suggest that alterations in the bowel microflora and the “gut-brain axis” can affect the progression of the disease. Disruptions in the bowel flora can create intestinal inflammation, which in turn can become systemic inflammation.

In summary, if our guts are leaky, inflammation will ensue creating breaches in the blood brain barrier. Because of the research that links leaky gut to neurologic symptoms, maintaining a healthy digestive tract may be an optimal strategy for supporting a well-functioning brain.