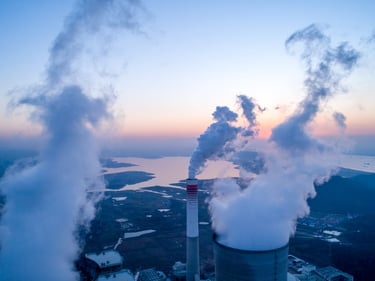 Environmental and industrial pollutants, particularly those which are resistant to degradation, (known as persistent organic pollutants, or POPs) have long been implicated in various metabolic diseases, including obesity. Because no human double-blinded and randomized trials can be ethically conducted with these chemical compounds, much of our current knowledge is based upon animal/cellular research and epidemiologic data, which at the very least extends the time for which harmful POPs are allowed to remain in widespread use. It can also be difficult to pinpoint how and when the damage, if any, is done; some compounds appear to have toxicity during crucial periods of development that manifests many years later. Epigenetic alterations (specifically DNA methylation) associated with maternal obesity, for example, appear to have transgenerational effects which increase the risk for obesity, diabetes, renal disease, and non-alcoholic fatty liver disease in subsequent generations.

To help elucidate the role of POPs in the development of obesity, a recent review of laboratory and epidemiologic studies was published to outline the biological mechanisms by which POPs exert their obesogenic effects. There were many important take-aways from this review; for example, perfluorinated compounds, such as perfluorooctanoic acid (PFOA) and perfluorooctane sulphonate (PFOS), induce adipogenesis through a variety of mechanisms, including interference with the peroxisome proliferator-activated receptor gamma (PPARγ), and upregulation of adipogenesis-specific marker genes, such as CCAAT/enhancer-binding protein alpha (C/EBPα). Multiple epidemiologic studies have shown an increase in the risk for obesity with exposure to these compounds, including recent NHANES data indicating a dose-response relationship among US children. In this representative study of nearly 2500 children ages 12-18, the 4th quartile of PFOA exposure was associated with an odds ratio of 2.73 for overweight/obesity. It’s important to note that even the 3rd quartile of exposure had over a 2-fold increase in risk in this representative sample, suggesting that a large portion of children in the US may be at greater risk for obesity because of exposure to these compounds. Additionally, replacements for PFOS, such as perfluorobutanesulfonic acid (PFBS), also appear to upregulate adipogenesis.

Other POPs included in this review were DDT and its metabolite DDE. Both of these compounds appear to increase lipid accumulation, also at least partly mediated by the induction of C/EBPα and PPARγ expression, as well as AMP-activated protein kinase-α (AMPKα), likely to have potent adipogenic effects. Epidemiologic data strongly suggests an increase in risk both for altered glucose homeostasis and metabolic disorders as well as obesity with exposure to these compounds. For example, in the prospective Child Health and Development Studies birth cohort in California, maternal exposure was associated with adult adiposity among middle-aged women, even after multi-variate adjustment for other risk factors, such as thyroid disease and physical activity. The risk for overweight and obesity was as much as 35% greater when comparing the highest to lowest quartiles of maternal exposure.

Similarly, PCBs have been associated with a greater risk for obesity, with multiple mechanisms driving this association. This includes increased expression of the adipogenic factors mentioned above (PPARγ and C/EPBα), as well as PCB-induced activation of the aryl hydrocarbon receptor (AhR), leading to inflammation of adipose tissue, insulin resistance and the inhibition of adipocyte energy expenditure. NHANES data has shown blood concentrations of PCBs to be linearly associated with waist circumference, with dioxin-like PCBs positively associated with the metabolic syndrome. Here too maternal exposure appears to be associated with greater risk, likely with a sex-specific effect, as the association between overweight/obesity and PCB maternal exposure was stronger in girls than boys.

Multiple other types of POPs are included in this comprehensive review, including polycyclic aromatic hydrocarbons (PAHs), polybrominated diphenyl ethers (PBDEs), dioxins, bisphenols, and more. It is hard to be optimistic that greater regulation of these chemicals will lead to improved outcomes, as their phase-out and replacement with other chemicals is not encouraging. For example, higher BPA exposure has been associate with both general and central adiposity in the US population; adults in the upper three BPA quartiles of exposure (as measured by urinary levels) had a 39–62% higher odds of being classified as abdominally obese. Although we now are waiting for data on the effects for bisphenols S and F (replacements for BPA), existing evidence suggests that they are at least as obesogenic as BPA, if not more.

Mitochondrial dysfunction, a potential target for many POPs, may also help to explain some of the obesogenic effects of these toxins. But perhaps more important is the recognition that for most of these chemicals, exposure is nearly ubiquitous. Although most studies attempt to examine one particular chemical or class of chemicals, in the real-world we have multiple simultaneous exposures to these compounds, many of which don’t appear to have linear effects even in isolation, and possibly synergistic effects when found in combination. Given the variety of mechanisms by which these compounds influence adiposity/obesity, it should be no surprise that these multiple hits to our metabolism have important physiological effects, perhaps a much greater influence on the obesity epidemic than we acknowledge.

The second installment in a 3-part series focusing on obesity was recently published in Biochemical Pharmacology, largel...