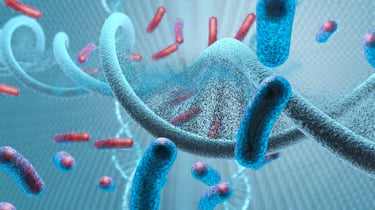 While studying the glutathione molecule, researchers found that the antioxidant did more than simply promote the immune system. Researchers from the Luxembourg Institute of Health (LIH) discovered how T cells ward off particles when they are expressing the Gclc gene. The Gclc gene encodes a protein that aids the production of glutathione. Previously glutathione was only thought to remove free radicals and reactive oxygen species (ROS).

Professor Dirk Brenner, FNR ATTRACT fellow and Head of the Experimental & Molecular Immunology research group at the Department of Infection and Immunity, led the team that discovered that glutathione also stimulates T cells' energy metabolism. Glutathione instructs T cells to proliferate and fight intruders and also clean up the metabolic waste that is created as a byproduct.

Brenner said "Our body has to keep our immune system in a carefully balanced equilibrium," T cells live in a state of energy conservation, a sort of “alert hibernation”. T cells are woken up in the presence of foreign particles - the action creates a lot of excess ROS that are, in turn, cleared up by glutathione. This activity can only happen when the Gclc gene is expressed.

In the study, Brenner used genetically modified mice that had their T cells the Gclc gene removed. He reported "In these mice, we discovered that the control of viruses is impaired -- mice that lack the Gclc gene have an immunodeficiency. But by the same token, this also meant the mice could not develop any autoimmune disease". The study exposed how cellular metabolism and the immune system are more intricately linked than previously thought.

Antioxidants are defined as substances that inhibit oxidation, which left unchecked produces free radicals triggering a ...