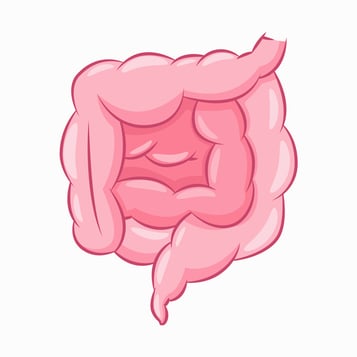 Whether you’re a would-be parent or your newborn is already safely in your arms, the joy and wonder of having a new member in your family can be truly exhilarating. But what most parents may not take the time to think about is the impact a baby’s diet has on their microbiome.

The importance of developing a healthy gut flora from early life stages cannot be overemphasized. Among other things, a healthy microbiome helps to boost immune functioning, aids digestion and improves nutrient absorption. These, of course, lead to overall health. However, babies aren’t born with a fully-developed microbial colony, but if properly developed, the microbiome can lay a valuable foundation for a healthy life.

Diet During Pregnancy and Lactation

Contrary to what was previously believed, microbiome formation actually starts as far back as during pregnancy and is strongly influenced by the maternal diet. According to a study by UNSW Sydney researchers, mothers who indulge in unhealthy eating during pregnancy can negatively impact their child’s gut health. The changes to a mother’s microbiome incited by a high-fat diet (or by being obese) during pregnancy can find its way to her offspring’s microbiome. By feeding pregnant rats with fatty diets, the researchers observed that the diversity of the gut bacteria was reduced. And what makes this worrying is that changes in the early infant gut microbiome are linked with the development of childhood obesity and autoimmune conditions, including asthma, allergies and type 1 diabetes.

In a similar study published in Microbiome – where authors examined the link between maternal diet during gestation and the infant’s gut microbiome structure 6 weeks post-delivery – the researchers concluded that a mother’s choice of diet during gestation and lactation may have a significant effect on the gut microbiome of her infant. However, this effect may vary depending on the mode of delivery.

After adjusting for maternal body mass index, infant feeding method, batch and parity, the researchers observed that maternal fruit consumption was directly related to the infant stool microbiome and this effect persisted in vaginally-born babies who were exclusively breastfed. The researchers also observed a positive correlation between maternal fish consumption and Streptococcus in the infant’s gut microbiome. Fish consumption also led to a decrease in the population of Clostridium neonatalein, a bacterium considered to be helpful to the infant’s microbiome.

What Happens to the Microbiome After Birth?

The developmental process of the infant’s microbiome is quite dynamic. A sizeable amount of bacteria are already present in the infant’s gut at birth, however, the composition of this microbiota soon begins to change, largely depending on the baby’s diet, although other factors such as mode of feeding, hygiene, pets, probiotics etc., also play some part.

In a recent study published in Nature Medicine, researchers revealed that the gut microbiome undergoes three different phases: “a developmental phase (3–14 months), a transitional phase (15–30 months), and a stable phase (31–46 months).” In the TEDDY study which analyzed 12,500 stool samples from 900+ children, aged 3-46 months, the researchers revealed that breastfeeding was the most important factor influencing the infant’s microbiome. Higher breastfeeding rate was associated with increased levels of Bifidobacterium, but once the infants were weaned, there was a rapid loss of the Bifidobacterium spp., and a quick turnover occurred in the microbiome, which featured a higher population of bacteria within the Firmicutes phyla. Although this shift from Bifidobacterium to Firmicutes (more characteristic of an adult microbiome) is expected, what surprised experts was how rapidly the change occurred after breastfeeding was stopped. Thus, it might be helpful to provide infants with probiotic powders rich in Bifidobacterium – and other good bacteria – when breastmilk is unavailable.

Post-weaning diet also plays a significant role in initiating compositional changes and microbiome diversity, as dietary patterns change over the first three years. According to a 2011 study, the introduction of table foods to breastfed infants caused an increase in amount of enterococci and enterobacteria, followed by a steady colonization by Clostridium, Bacteroidetes spp., and anaerobic Streptococcus.

Different food types and dietary habits also play a role in influencing the gut microbiome. For instance, according to a 2010 study that assessed the impact of diet on the microbiodata of children from Europe and rural Africa, it was observed that the African children who ate predominantly low-fat, vegetarian diets had more Bacteroides and less Firmicutes, in stark contrast to the EU children who had a higher Firmicutes to Bacteroidetes ratio (a common feature of obese humans). It is, therefore, believed that this increased ratio in the EU children was due to easy accessibility to high-calorie diets.

However, as earlier stated, although diet is critical to the development of the infant microbiome, environmental factors can also play a significant role. Exposing children to diverse microbes early in life can help set the stage for a stronger immune system. The more children are exposed to, the more information their bodies have and the better off their immune systems will be in the long run. For this reason, books like “Let Them Eat Dirt” have gained popularity.

Overall, fostering diversity and the growth of health-benefitting bacteria in the microbiota be it through the environment or the maternal diet is key to long-lasting gut health in children.

Feel free to share this news from Biotics Research

Biotics Research Corporation has been a leading manufacturer of specially designed nutritional products for over thirty years. Our mission remains constant: to be the benchmark of excellence in nutritional science, technology and service, providing the clinician with reliable, innovative products of superior quality as well as the highest level of customer service.