Is it Time to Abandon the Amyloid Hypothesis? 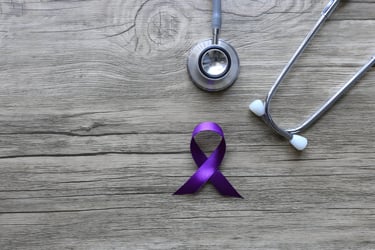 A growing body of scientific evidence, as well as the failure of multiple anti-amyloid drugs to have an appreciable impact on the progression of Alzheimer's disease, suggests the answer may be “yes.” Let’s take a closer look at the weaknesses of the amyloid-centric approach, because doing so may help shift research efforts to more promising possibilities.

It’s not exactly a news flash that drugs intended to reduce amyloid secretion or plaque formation have had disappointing results with regard to positively impacting the disease process, yet these drugs continue to gain approval despite substantial controversy. A recent example is the approval of aducanumab, which, according to US FDA’s own press release, did not have an impressive amount of research proving its efficacy. The press release is clear that of the two clinical trials conducted using this drug, only one met the primary endpoint—reduction in clinical decline. The second trial did not meet this endpoint. The drug was approved largely because of its effect on reducing amyloid, which is only a surrogate endpoint. FDA noted that although amyloid is a surrogate marker, its reduction is “reasonably likely to predict a clinical benefit to patients,” but “there remains some uncertainty about the drug’s clinical benefit.”

Indeed. There’s good reason for uncertainty regarding whether reducing amyloid secretion and/or plaque formation will have any clinical benefit. It is increasingly questioned whether amyloid plays a primary role in the pathogenesis of Alzheimer’s disease (AD) or whether it may actually be a protective response to neuronal stress. If the latter is true, then it’s not surprising that the clinical trial for a different anti-amyloid drug in the past had to be terminated early because subjects on the drug were faring worse than those on the placebo.

The focus on amyloid and amyloid-reducing drugs parallels the intense focus on LDL-cholesterol in the pathogenesis of cardiovascular disease: targeting a surrogate endpoint (cholesterol) often fails to substantially impact the actual disease. And just as doubt is increasingly being cast on whether cholesterol is a primary driver of cardiovascular disease, it is looking doubtful that amyloid is a primary driver of AD.

The fact is, a significant amyloid plaque burden is not a required part of this disease. It has been noted that many people who die from AD have very little plaque deposition, while others, who die in older age with no signs or symptoms of cognitive decline, do have substantial plaque accumulation. A 2018 study in Journal of Alzheimer’s Disease noted that many individuals who exhibit the supposed signature features of AD (amyloid plaques and tau protein neurofibrillary tangles), “retain their cognitive function.” One of the study’s authors was quoted as saying, “We don't yet fully understand the exact mechanism(s) responsible for this protection.” If amyloid doesn’t cause AD, then this is not a mystery or a “paradox,” and it needs no explanation apart from an acknowledgement of the increasingly likely possibility that amyloid simply is not involved in the initiation of the disease cascade.

This doesn’t mean that amyloid isn’t a common feature of the disease, but this may simply be an error of association and causation. Just because amyloid plaques are found in the post-mortem brains of some AD patients says nothing about whether amyloid is triggering the disease to initially take hold or to worsen. In many AD patients—but not all—there is a substantial deposition of amyloid plaques. However, these plaques are a late development in the disease and are unlikely to contribute to the initial development of the condition. Researchers have noted, “During AD, while Aβ accumulation may occur in the long term in parallel with disease progression, it does not contribute to primary pathogenesis.” And yet, millions of dollars and research efforts continue to focus on amyloid-centric therapies.

We must stop to consider a possibility: if drugs that reduce amyloid buildup in the brain do little-to-nothing to halt or reverse disease progression, and many individuals with amyloid buildup in the brain show no evidence of dementia, then at best, the amyloid hypothesis is misguided and incomplete. At worst, it may be flat-out wrong. Seven years have passed since researchers stated outright, “the amyloid cascade hypothesis is no longer supported by the majority of experimental evidence.”

If targeting amyloid has proven ineffective to favorably impact the disease, where might research efforts prove more fruitful?

An undeniable signature of AD is reduced glucose metabolism in the brain. It’s been known for a quarter of a century that brain glucose metabolism is compromised in AD. Some AD patients may have up to a 45% reduction in cerebral glucose utilization—a “fuel shortage” that would have catastrophic implications for cognitive function.

A 2020 paper in Journal of the American Medical Association provided a nice summary of why AD is often referred to as “type 3 diabetes” – a phrase coined thirteen years ago. While the role of amyloid—and the clinical utility of targeting amyloid production with drugs—grows increasingly tenuous, it is unquestionable that the cognitive decline and impairment seen in AD (and its precursor, mild cognitive impairment or MCI) is at least in part the result of an “energy shortage” in the brain. In fact, this well-recognized decline in what is known as the “cerebral metabolic rate of glucose” is a very early event in the disease process—one of the first dominoes to fall, well before any clinical signs of AD are evident, and “well before plaque deposition is predicted to have occurred.”

This energy shortage is specific to glucose, and research is beginning to generate—and replicate—the encouraging finding that providing these otherwise starving neurons with an alternative fuel in the form of ketones may help improve cognitive function. As an energy substrate for the brain, ketones can be synthesized endogenously via a ketogenic diet, or they can be provided from an exogenous beta-hydroxybutyrate ketone ester or through the use of medium-chain triglyceride (MCT) preparations.

This may be the most exciting and heartening development in Alzheimer’s research in recent years:

“Two points are clear – (i) AD is at least in part exacerbated by (if not actually caused by) chronic, progressive brain fuel starvation due specifically to brain glucose deficit, and (ii) attempting to treat the cognitive deficit early in AD using ketogenic interventions … is safe, ethical, and scientifically well-founded.” (Cunnane et al., 2016)

It appears that it’s time to rethink the role of amyloid in Alzheimer’s disease, and to shift research efforts toward approaches that make more mechanistic sense and that better fit the experimental evidence.