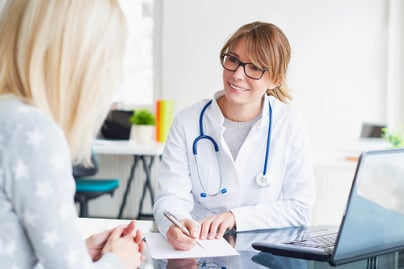 Although lithium is predominantly known for its role in mood stabilization, with associations ranging from a miracle element to concerns of toxicity, the human body actually requires small amounts of this essential trace element for optimal health.

Interest in lithium affecting human behavior dates back to the mid-19th century, but continued research keeps the conversation about its clinical applications more engaging than ever.

These results all suggest that lithium at low doses has a generally beneficial effect on human behavior, which “may be associated with the functions of lithium as a nutritionally-essential element.”

From a chemical perspective, lithium looks a lot like sodium, but is actually a smaller molecule. Lithium’s exact biochemical mechanisms of action are multifactorial, and seem to interplay with a number of enzymes, hormones, vitamins and growth factors.

Although evidence has been sufficient enough to give lithium its status as an essential trace element, with a provisional RDA of 1,000 mcg/day for a 70kg adult, our understanding of lithium’s role in the body continues to evolve.

For example, we now understand that lithium’s main mechanisms of action appear to come from its ability to inhibit glycogen synthase kinase-3 activity (GSK-3β), and also to induce signaling mediate by brain-derived neurotrophic factor (BDNF). GSK-3 is being explored as an integral component in inflammatory processes that plays a role in the cascade of degenerative diseases. The inhibition of GSK-3 may provide protection from inflammatory conditions, suggesting that targeting the inhibition of GSK-3, in some cases, may prove beneficial.

A recent animal study looking at the degeneration of the central auditory system due to aging found an increased GSK-3β activity and a corresponding decrease in Wnt/β-catenin signaling. The administration of lithium chloride (Licl), an “activator” of Wnt signaling pathway, was found to “attenuate the neurodegeneration and auditory cortex apoptosis.”

The link between GSK-3β and lithium seems well-established, with lithium directly inhibiting GSK-3β activity by competitively inhibiting Mg2+ binding to the active site of the enzyme. This has been the primary mechanism of action investigated in choosing lithium as a mood stabilizer. Inhibition of GSK-3, however, does not fully explain lithium’s neuroprotective effects. Lithium also has transcriptional effects.

In one study, the transcriptional effects of lithium were investigated using Drossophila S-2 cells and adult fly heads. Lithium was found to regulate transcription of immune, neuronal and metabolic pathway genes.

One study suggests the presence of GluN2B subunits may strengthen individual synapses and currents in the prefrontal cortex. It appears that GSK-3β activity seems to negatively regulate GluN2A expression, and lithium may influence prefrontal-related circuits through intricate mechanisms associated with neuronal plasticity and neuromodulation.

As a modulator as well as inhibitor of the body’s primary excitatory receptor, N-methyl-D-aspartate receptor (commonly referred to as NMDA-R), lithium has demonstrated both mood-elevating and anti-anxiolytic properties as well as having a role in gut health. Given these roles of lithium, it makes sense that this trace element has implications for mood health.

Lithium’s role in both B12 and folate utilization is an indication of this. Vitamin B12 helps to maintain healthy nerve cells and functioning. Vitamin B-12 deficiency can manifest in compromised digestion, which in turn can cause neurological disorders and inflammation. A range of evidence points to increased inflammation in stress-related and mood disorders. Also, adequate levels of Vitamin B-12 are significant for maintaining homeostatic homocysteine levels, which help to reduce depression and anxiety, as well as cognitive decline. In summary, lithium’s role in helping to reduce inflammation has also been associated with promoting mood health. Lithium also allows for folate utilization having additional implications for mood health. Folate plays a significant role in serotonin neurotransmission, further associated with positive mental health.

Long-term and low-dose exposure to lithium may exert anti-aging capabilities and has been found to decrease mortality. Lithium helps to strengthen the health and resilience of neurons, demonstrating neurotrophic and neuroprotective effects in a wide range of clinical and translational models.  In small amounts, Lithium has been suggested to have strong antioxidant properties in cells compromised by stress and toxins.

Antioxidants have been suggested to have calming effects on adrenal gland functioning, and may help to reduce distress. Antioxidants also help to protect the body by counteracting free radicals. Research demonstrates this may improve upon symptoms of emotional distress and compromised mood.

Its role as an active homeostatic regulator seems without question. However, a recent literature search for biomarkers associated with lithium’s effects found that people respond differently to varied amounts of lithium. In other words, one size does not fit all. A person’s diet, lifestyle and genetics must be considered, as well as their brain cells, as some people’s neurons show weakened excitability and some hyper-excitability when exposed to lithium.

In this ongoing conversation surrounding lithium and its clinical relevance, one must duly note this lightest of the alkali metals has a critical role in optimal health as an essential trace element, and a provisional RDA of 1 mg/day.

Lithium (Li) or “lithos” from the Greek word for “stone” was discovered in 1817 by Johan Arfvedson of Sweden. Lithium is...