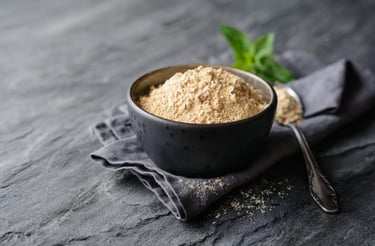 Problems with sexual function may not be the primary reason a patient visits their doctor, but there’s no denying that difficulty with libido or sexual performance is a concern that affects millions of people. The growing epidemic of metabolic syndrome may play a role in erectile dysfunction, so correcting chronically elevated insulin may help. Beyond this, botanical medicine may hold some promise and may be especially appealing in light of the undesirable side-effects that may come from medications for prostate health or menopausal symptoms. Maca root is intriguing with regard to sexual function.

Owing to its purported stimulatory effects and role in boosting libido and sexual function, maca root has been called “Peruvian ginseng” and even “Peruvian Viagra.” Maca root flourishes at high altitudes and is native to the central Andes mountains of Peru, where it grows at about 13,000-15,000 feet and has been cultivated for at least 2000 years. It is also now grown in the Yunnan province in southwest China (at an altitude of around 10,000 feet) and is widely used in Chinese medicine. Botanically, maca belongs to the Brassicaceae family, making it a cousin to broccoli, kale, Brussels sprouts, radishes, cauliflower, and turnips. Visually, however, it resembles parsnips but also comes in a variety of colors. Varying levels of anthocyanins are responsible for the differences between cream/gold maca and the red, purple, and black varieties, and different levels of other phytochemicals may account for differences in therapeutic effects.

All parts of the maca plant are edible, including the leafy green tops (similar to carrot tops), and in Peru maca is cooked and consumed in many different ways, such as stews and porridges, empanadas, jams, and even fermented into alcohol. Worldwide, however, it is primarily consumed as the dried, powdered form of the root and used in teas and other beverages or taken in capsule form.

Historical accounts suggest that maca was not traditionally used as an aphrodisiac but that it had well-recognized invigorating effects. It is said that Inca warriors “were fed maca for strength and resilience in battle,” and that more recently, maca has been consumed by women looking to conceive and by postmenopausal women using it as a tonic. Randomized clinical trials support a role for maca in improving energy and mood, decreasing anxiety, and improve sexual desire.

Research on maca specifically for improving sexual function suggests that it has modest beneficial effects. One systematic review of maca in this area concluded that maca may be beneficial for men with erectile dysfunction (ED) and in postmenopausal women but the studies included were underpowered and had small sample sizes.

Looking at individual studies, one double-blind, randomized controlled trial (RCT) investigating the effect of maca on sexual desire in men showed that compared to placebo, maca supplementation for at least 8 weeks resulted in a self-reported improvement in sexual desire in healthy men ages 21-56. This improvement was independent of changes in serum testosterone or estradiol, and in Hamilton Depression Rating Scale scores. No difference was seen between a dose of 1500 mg or 3000 mg/day.

Similar findings were seen in a small RCT of Caucasian men with mild ED. Compared to placebo, supplementation with dried maca powder for 12 weeks resulted in a greater increase in self-assessed erectile function and in the Satisfaction Profile (SAT-P). The effect was small but significant, and considering the detrimental effect perceived poor sexual function can have on overall quality of life, any beneficial change, however small, may be welcome. Another small study in healthy young men showed that maca supplementation resulted in increased total sperm counts, sperm concentration, motile sperm count, semen volume, and normal sperm morphology, although these were just trends and did not reach statistical significance. Significant increases in seminal volume, sperm count, motile sperm count, and sperm motility were seen in a small study of healthy young men, and here again the findings were independent of changes in testosterone, estradiol, prolactin and various other pertinent hormones.

Turning to women, maca may be beneficial for improving sexual function and satisfaction in postmenopausal women. A double-blind RCT showed that 6 weeks of maca supplementation reduced psychological symptoms including depression and anxiety as well as sexual dysfunction on the Greene Climacteric Scale compared to placebo. The effects on serum hormone levels mimic those seen in men: the changes were independent of estrogen and androgen levels. Significant improvements were seen in depression in postmenopausal Chinese women taking maca compared to placebo.

A systematic review looking at maca for treatment of menopausal symptoms identified only four RCTs through 2011 that had a low risk of bias. All four did find that maca had beneficial effects as assessed by the Kupperman Menopausal Index and the Greene Climacteric Score, but the total sample sizes and methodological quality of the studies were limited. Again, though, considering the good tolerability and safety profile of maca, modest improvements may make maca worth using in certain patients.

Maca may also be useful for women experiencing sexual dysfunction induced by antidepressant medications. An intention-to-treat study indicated that a dose of 3 g/day improved scores on two rating systems of sexual function. A more recent study by some of the same researchers showed that these effects of maca were more pronounced in postmenopausal women taking antidepressants, so it’s possible the effects are somehow mediated by age and possibly hormonal status.

Supplementation with maca may not be a slam dunk for improving sexual function or fertility in all populations. More research is needed using greater numbers of subjects and specifically assessing the effects in those with sexual dysfunction as opposed to relatively healthy young men. This being said, maca’s strong safety profile and its long history of use for supporting overall vitality and vigor suggest it may be worth trying in patients with these concerns.