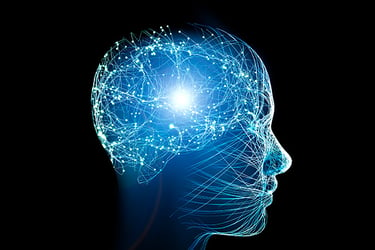 Because neurons work constantly, they require more energy than other cells in the body. Consuming nutritious meals and snacks throughout the day helps supply the brain with the fuel it needs. When our neurotransmitter levels are compromised from poor diet, or increasing age, our mood and overall brain functioning are also compromised. This may result in brain fog, poor memory, and irritable mood in addition to problems concentrating or retaining information.

In addition to getting sufficient sleep, exercise, and eating nourishing meals throughout the day, some supplements may further support our brain health – most notably, Huperzine A, also known as HupA.

Huperzine A is the biologically-active compound isolated from the firmoss, Huperzia serrata, and has been indicated to have benefits in brain health. It is particularly known in the nootropic industry to enhance memory and cognition. In addition to improvements in memory, research indicates that Huperzine A has other brain-boosting benefits, including neuroprotective effects in traumatic brain injury and anti-depressant activity.

Working in combination with Gingko biloba and acetyl-L-carnitine, Huperzine A has been shown to further increase acetylcholine levels, which promotes new brain cell generation and aids in neuroprotection. Huperzine A can, therefore, boost the brain’s ability to form, as well as recall, new memories.

Huperzine A can also reduce oxidative stress in the brain. Specifically, it prevents oxidave stress in cholingeric neurons, a nerve cell that primarily uses acetylcholine to send its messages. The more oxidative stress these neurons face, the faster they break down. Huperzine A has been shown to protect the cell’s mitochondria by reducing oxidative stress as well as regulating the metabolism of beta-amyloid precursor proteins.

It has also demonstrated cytoprotective effects, providing protection to cells against harmful agents. For example, it exerts effects on the nitric oxide-induced and glutamate-mediated neurotoxicity, further protecting the cell and helping keep it healthy and optimally functioning. Huperzine A treatment has also been found effective in alleviating neuroinflammation and oxidative stress following repetitive brain injury, and, thereby, improving brain function.

As stated earlier, increased acetylcholine neurotransmission is essential for brain regions responsible for learning and memory. Huperzine A has been shown to reverse cognitive deficits in several animal models. In particular, patients with Alzheimer’s disease exhibited significant improvements in memory enhancement when receiving Huperzine A.

Research suggests the potential for Huperzine A in alleviating some mental health symptoms, and supporting overall mood health. In schizophrenic patients, cognitive improvements, such as clarity, were noted and, although hopeful, more research in this area is needed. A rat study suggested potential for Huperzine A to reduce symptoms of anxiety with its mechanism of action showing Huperzine A acting as a selective NMDA receptor antagonist.

As we age, cognitive decline seems inevitable. However, the following can help support a healthy brain:

And for mood and memory’s sake, Huperzine A.