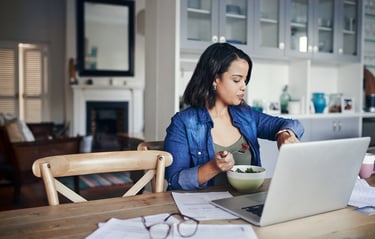 Adding to the body of knowledge regarding dietary patterns and cardiovascular disease (CVD), a cross-sectional study was recently published in the Journal of Clinical Endocrinology & Metabolism, revealing an association between the timing of specific foods and CVD risk. Nearly 28,000 adults in the U.S. National Health and Nutrition Examination Survey (NHANES 2003–2016, an ongoing nationally representative study) had dietary analysis of the proportion of specific subtypes of food consumed at either breakfast or dinner, and the relationship between these proportions and CVD, specifically congestive heart failure, coronary heart disease (CHD), angina, heart attack, and stroke.

These associations remained strong after adjusting for multiple covariates, including breakfast skipping. Skipping breakfast alone has relatively consistently been associated with overweight/obesity, as well as a greater risk for CVD, including a nearly 2-fold risk for cardiovascular mortality. In an analysis of the Health Professionals Follow-up Study published in Circulation, not only did men that skipped breakfast have a 27% higher risk for CHD, but eating late at night was also tied to a 55% increased CHD risk.

This continues to support the line of evidence that both the quality of foods eaten as well as the time at which those foods are consumed are important determinants of risk. Among type 2 diabetics enrolled in NHANES, a higher intake of calories, total fat, and protein at dinner (vs. breakfast) has been associated with worse outcomes. Among nearly 4700 participants, those with the highest intake of energy and protein at dinner had almost a 2-fold higher risk for diabetes-related death, and a 70% higher likelihood of CVD-related death, while fat carried a 67% higher risk for CVD mortality. Again, this was not total intake, but the proportion eaten at dinner vs. breakfast. Moving just 5% of calories at dinner to breakfast was linked to a 4-5% reduction in both diabetic and CVD mortality. The China Health and Nutrition Survey reported a similar result, with calories, protein, and fat at dinner all linked to a (37-85%) higher risk for type 2 diabetes, while consuming these macronutrients at breakfast instead reduced the risk of developing diabetes. Results from this survey also show that some of this risk is mediated by increases in triglycerides, cholesterol, uric acid and apolipoprotein B, all of which increase as the proportion of macronutrients eaten with dinner increases.

A number of molecular mechanisms may support these associations; for example, “chrono-nutrition” is a term coined to refer to the importance of coordination between body rhythms, including circadian rhythm, and food consumption. Transcription factors (such as CLOCK and BMAL1) regulate expression of many genes involved in metabolic functions, including sirtuins which influence lipid and carbohydrate metabolism. In a review published in Nutrients, not only did the authors find that difficulty losing weight was associated with eating the main meal later in the day (after 3pm), a number of genetic polymorphisms may influence this association. For example, variants in the CLOCK gene predisposed study participants to eat later in the day, which in turn, was associated with more difficult weight loss compared to early eaters. Eating earlier in the day has also been shown to be predictive of success following bariatric surgery, even when controlling for other obesity-related variables, including sleep, chronotype, and total calorie intake.

Chronotypes, predispositions to sleep at a certain time of day (i.e., night owls vs. early risers) were also found to modulate some dietary associations with cardiovascular disease. Among just over 5600 participants (NHANES), a higher intake of carbohydrates was associated with more frequent elevations of C-reactive protein (CRP), a well-known marker of inflammation and CVD risk. Yet adding chronotype data diminished this association - CRP levels were greater among individuals with a “moderate evening” chronotype (vs. “definite morning,” “moderate morning,” etc.).

While definitive conclusions are hard to draw, most existing evidence points to greater risk for obesity, CVD, and diabetes when more of our daily caloric intake occurs at night. This latest study suggests that specific subtypes of food, namely animal protein and low-quality carbs, may partly modulate this risk.

END_OF_DOCUMENT_TOKEN_TO_BE_REPLACED

Lycopene is a carotenoid compound that contributes to the red and pink pigments in tomatoes, watermelon, guava, pink gra...