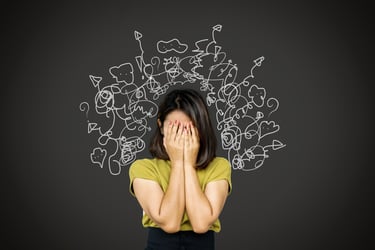 Results from a 12-year nested prospective case-control study were recently published, detailing the relationship between cognitive decline and a metabolomic analysis of serum metabolites, including compounds of both dietary and endogenous origin. Over 800 participants over 65 years old without dementia were recruited from the Three-City Cohort in France (418 from Bordeaux and 424 from Dijon); they had a baseline evaluation which included a comprehensive quantitative multi-metabolite analysis. Rather than measuring blood levels of a few select nutrients, this was a large-scale analysis of many compounds including those which originated from food, as well as phase I/II metabolites, microbiota-transformed and other endogenous metabolites, with a methodology previously described to capture the “exposome.” Followed over 12 years, a composite score of global cognition (comprised of the average of five separate neuropsychological tests) was used to assess cognitive decline.

Not surprisingly, many phenolic acids and plant-based metabolites had an inverse relationship with cognitive decline. For example, 3-methylxanthine and 2-furoylglycine were associated with a 25% and 43% reduction in the risk for cognitive decline, compounds indicative of cocoa and coffee consumption, respectively (in the Bordeaux sample set). Some metabolites were associated with greater risk; saccharin and acesulfame K, biomarkers for artificial sweetener intake, were associated with a 12-26% increase in risk, and proline betaine with a 74% greater risk. Proline betaine has been proposed as a marker of citrus fruit intake, though the authors suggest that additional evidence points to its association with citrus juice intake rather than actual fruit consumption. This too would be unsurprising if correct, as higher sugar intakes have previously been associated with between a 3-4 fold increased risk for cognitive impairment, comparing highest to lowest quintiles. Thus rather than any negative effect of citrus fruits, this finding may be an inadvertent biomarker for high sugar intake, and perhaps the metabolic abnormalities which parallel cognitive decline (both diabetes and the metabolic syndrome have been associated with more rapid progression to dementia).

Interestingly, the majority of the metabolites linked to a protective effect were not the original parent compounds found in foods, but rather, the microbial metabolites of those compounds. The authors noted a protective effect of polyphenol rich foods, but it was actually the microbial metabolites most strongly associated with a reduction in risk. This suggests that while dietary intake is important, at least equally important is the population of microbiota which metabolize the incoming polyphenols. This supports the findings of a systematic review of 23 randomized trials published this past October; this analysis found that both probiotic and prebiotic supplementation improved cognitive function among healthy participants, and both probiotic supplementation (as well as fecal microbiota transplant) improved cognitive health in unhealthy subjects (including those with hepatic encephalopathy and Alzheimer’s disease), particularly in longer-term trials. Likely mechanisms include a reduction in neuroinflammation and endotoxemia, and restoration of intestinal permeability.

For some context, in another recent systematic review of randomized trials, the Mediterranean diet was the dietary pattern most associated with benefit for cognitive function, attributed to its polyphenol content. Additionally, this systematic review found that among dietary supplements, polyphenols were found to have the strongest support for improving cognitive health through a variety of mechanisms related to their antioxidant and anti-inflammatory effects, including a reduction in lipid peroxidation, an increase in synaptic activity and neuronal density, and an enhancement of glucose utilization and mitochondrial function.

Taken together, this strongly suggests that it is the synergistic effect of dietary compounds and their metabolism by the microbiota that is responsible for the associated influence on cognitive decline. Less than 5% of many polyphenols are absorbed and enter the bloodstream unchanged, but the phase 1 and 2 biotransformation products as well as the microbial metabolites of these compounds predominate in the plasma even when the parent compounds are undetectable. But their broad physiological importance (despite poor absorption) has been referred to as the low bioavailability/high bioactivity paradox. The two-way street between polyphenol intake and microbial diversity should also be noted, i.e., our diets influence the complexity of our microbiome, which then in turn modifies the compounds within our diet.

Other important take-aways form this study? This metabolomic analysis also found that endogenous metabolism also influenced risk. For example, elevated levels of fatty acids and acyl-carnitines among participants with cognitive decline was observed, suggesting impaired β-oxidation. Microbial metabolites of aromatic amino acids as well as the catabolism of phenylalanine and tyrosine were also associated with cognitive decline. Advances in metabolomics may help to understand how shifts in endogenous metabolism influence the risk of disease.

There are some important limitations of this study. While metabolomics may avoid many of the deficiencies associated with typical dietary intakes, such as food frequency questionnaires, poor recall and bias, etc., this study only collected metabolomic data at the initial baseline visit. There were also discrepancies between the predictive value of individual markers between the two regions, indicating either the need for better validation of biomarkers and/or a wide range of interindividual variability. Nonetheless, this study was an important step in a direction likely to provide a much better understanding of the interactions between diet, microbiota, and health.

In a recent review published in Cell & Bioscience, many of the common pathologies characteristic of non-alcoholic fa...