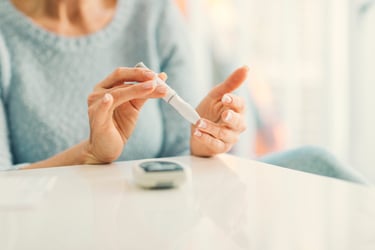 In October 2020, results were released from the PREMOTE (Probiotics and berberine on the efficacy and change of gut microbiota in patients with newly diagnosed type 2 diabetes) study. This multi-center, controlled trial had approximately 400 participants recently diagnosed with type 2 diabetes (drug naïve), randomized to one of 4 groups; probiotics + berberine, berberine + placebo, probiotics + placebo, or placebo. All groups received 1 week of gentamycin pretreatment, to “improve probiotic colonization.” Glycated hemoglobin (HbA1c) was the primary outcome, and secondary outcomes included metagenomics and metabolomics of the gut microbiome. Berberine was given at a dose of 600 mg twice per day before meals, and probiotics 4 g at bedtime (containing 6 strains of Lactobacillus, Lactococcus gasseri and 2 strains of Bifidobacterium). At 12 weeks, both groups that received berberine had a drop in HbA1c of about 1%, significantly more than placebo and in the range observed in other trials with metformin use. The group receiving only probiotics did not differ significantly from the placebo group.

Interestingly, both groups receiving berberine also had significant changes to their gut microbiota compared to the other groups (the probiotic-only group differed in the population of probiotic bacteria, but not the rest of the microbiota). The berberine groups had changes in the relative abundance of 78 bacterial species, some of which were similar to the directional changes associated with metformin use, as well as changes in both the expression of genes related to bile acid metabolism as well as plasma bile acid profiles. Also, in line with one of metformin’s probable mechanisms of action, berberine appeared to suppress FXR (farnesoid X receptor), indicated by a reduction in plasma levels of FGF19 (Fibroblast growth factor 19). There was a triple association found between the changes to the microbiota, the bile acids, and the clinical outcomes (including the improvements noted in HbA1c, fasting plasma glucose, post-load plasma glucose and total cholesterol). Furthermore, a specific bile acid association was determined to be a decrease in deoxycholic acid species, and a specific bacterial species, Ruminococcus bromii, (inhibited by berberine) was identified as likely responsible for this change (though these specific association were not observed in older participants).

Trials which collect this type of data, related to gene expression, microbiota composition, bile acid profiles, etc., are growing in number, as they seem to capture a previously overlooked aspect of diabetes and blood glucose control. In April 2021, a review was published in Frontiers in Endocrinology reviewing the efficacy of microbiota modulation as an intervention for type 2 diabetes; it suggested that dysbiosis may play a causal role not just in diabetes (its susceptibility, progression, severity, etc.), but also in obesity, inflammation and insulin resistance. Our understanding has evolved to recognize that the microbiota is an active endocrine organ, producing bioactive metabolites (such as short chain fatty acids) that alter and interact with host physiology, and that many common treatments for diabetes also impact bacterial populations, including metformin and acarbose. One non-drug intervention shown to improve glycemic control is the Mediterranean diet; it has been found to substantially alter the gut microbiota, and in a small pilot study, improvements in fasting plasma glucose and Homeostatic Model Assessment for Insulin Resistance (HOMA-IR) were associated with an increase in bacterial richness. Certainly many dietary phenolics impact the microbiota, and it is possible that this may be a mechanism for supporting metabolic conditions. Understanding the degree to which the modulation of our gut microbiota is responsible for the benefits observed with diet, with medications, and with berberine, seems essential to optimizing future therapies.

In January 2020 a systematic review was published, trying to determine the role of the gut microbiota in type 2 diabetes. Of the 42 human observational studies included, two conclusions could be made: the vast majority found associations between specific bacterial taxa and disease…yet only a handful of these studies reported similar findings. However, there were some commonalities, such as a protective effect of Bifidobacterium, Bacteroides, Faecalibacterium, Akkermansia and Roseburia, and an increase in risk with Ruminococcus, Fusobacterium, and Blautia. Included in this review was an analysis of the various metabolic pathways by which these bacteria may influence glycemic control, as well as inflammation, gut permeability, fatty acid oxidation, etc. For example, some species induce the production of IL-10, which may improve insulin resistance in aging muscle tissues, while others such as Akkermansia muciniphila, may improve gut barrier integrity by repairing intestinal tight junctions. Although the authors point out that this field is in its early stages, and the connections between diet, gut microbiota, genetic expression, bioactive molecules, bile acid production, etc. are not simple, i.e., there does not seem to be one consistent pathway identified for every person, it also seems just as likely that as this field grows and personalized assessments and protocols can be offered, the potential is substantial.