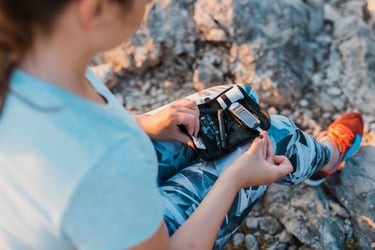 According to the World Health Organization (WHO) there are 422 million people with diabetes mellitus (DM) and 318 million with impaired glucose tolerance (dysglycemia). This is an important public health issue that requires therapeutic measures given its relationship to a number of chronic diseases as well as economic burden. We know that being overweight (BMI > 25) and obese (BMI>30) also lead to increased health risk. However, we must look beyond these numbers alone and consider numerous factors that contribute to metabolic imbalances.

Insulin resistance (IR) occurs when excess glucose in the blood reduces the cell’s ability to utilize blood sugar for energy. Blood sugar regulation is vital because when cells lose their ability to respond normally to insulin, the result is an accumulation of glucose in the blood. The body attempts to cope with this situation by producing more insulin. Over time, the pancreas may lose its ability to produce insulin, resulting in conditions with insulin resistance as the underlying cause.

“Metabolic syndrome” describes a group of pathophysiological changes based on insulin resistance that may lead to damage of the heart, blood vessels, kidneys, and nerves.  Improving diet is certainly a contributing factor to resistance to insulin. However, other important factors such as toxin exposure, sedentary lifestyle, chronic inflammation, and chronic stress may also contribute to unhealthy blood sugar metabolism.

Impaired glucose control has many stages. In the beginning, a person may experience no symptoms whatsoever. However, as blood sugar builds to higher levels, symptoms may include fatigue, hunger, brain fog, increased weight gain, high blood pressure and high cholesterol.

To help support healthy blood sugar metabolism, the first step would be to include therapeutic dietary guidelines, weight loss, and regular exercise. Oftentimes an unhealthy diet is deficient in the nutrients necessary to support healthy cell membranes, insulin receptors, and a strong insulin signal. In addition, poor diets associated with high glucose levels have been shown to affect gene expression, which plays a role in blood sugar metabolism.

Some basic dietary changes include replacing sugar and grains, inflammatory fatty acids, and conventional grain fed meat with healthy fats such as olives/olive oil, avocado, and grass-fed meats and wild fish. Controlling the glycemic load of a meal is important and can be accomplished by combining protein, fats, and whole food carbohydrates at every meal/snack while avoiding quickly absorbed carbohydrates that raise sugar and insulin levels.

Berberine:  A 2019 study found that berberine “can effectively regulate blood glucose and blood lipid of patients, support the insulin response and the level of inflammatory response in the body.” A meta-analysis found that berberine (in conjunction with appropriate dietary and lifestyle changes) lowered FPG and HbA1C compared to diet and lifestyle changes alone or a placebo.