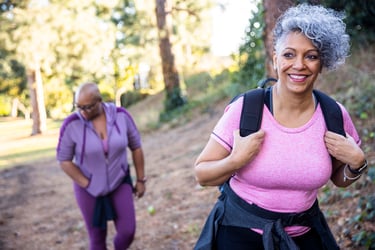 The results of a community-based longitudinal study that followed over 1000 women from 1999 to 2017 were recently published in the journal Hypertension. With nearly 12,000 person-years of follow-up, women without hypertension at the beginning of the study received annual visits to assess for hypertension, along with baseline measurements of 7 different perfluoroalkyl and polyfluoroalkyl substances (PFAS), compounds that are extremely persistent in the environment, widely used for their stain, grease, and water-repellant properties, as well as surfactants in fire-fighting foam. This was a multi-racial and multi-ethnic population of women, a subset of the Study of Women’s Health Across the Nation-Multi-Pollutant Study (SWAN-MPS).

Compared with women in the lowest tertile of exposure, those in the highest tertile of exposure for several of the PFAS carried a greater risk for developing hypertension; a 42% increase was found for perfluorooctane sulfonate (PFOS), 47% for perfluorooctanoic acid (PFOA) and 42% for 2-(N-ethyl-perfluorooctane sulfonamido) acetate (EtFOSAA), all statistically significant. Additionally, when considering overall exposure to PFAS, those women in the highest tertile had a 71% greater risk for developing hypertension. For comparison, passive smoke exposure was recently associated with about a 4% higher risk of hypertension.

This substantial increase in the risk for hypertension is not the only disturbing association between PFAS and women’s health, especially when considering how ubiquitous these compounds are. Earlier results published from this same study found that several of these compounds were associated with a greater risk for natural menopause (i.e., earlier menopause). For example, women in the highest tertile of exposure to n-PFOS tended to have natural menopause 1 year earlier (equivalent to a hazard ratio (HR) of 1.31), while higher exposure to the sum of branched isomers of PFOS was associated with menopause 0.9 years earlier. When considering exposure to multiple PFAS, women in the highest cluster of exposure had an HR of 1.63 for natural menopause, equivalent to a 2-year effect. It is worth noting that early menopause has been associated with a greater risk for such things as overall mortality, cardiovascular disease and cardiovascular death, and bone loss.

Data extracted from the Nurses’ Health Study II (NHSII), a prospective nested case-control study of type 2 diabetes (nearly 30,000 of which provided blood samples), indicates that diabetes is also a concern for women exposed to these “forever chemicals.” In this study, PFOS and PFOA were both associated with an increased risk for type 2 diabetes, with a 62% and 54% greater risk among women in the highest tertile vs. the lowest tertile of exposure. For comparison, each serving of a sugar-sweetened beverage has been associated with a 13-18% increase in risk for diabetes, per the findings of a meta-analysis of over 17 cohorts which included over 10 million person-years.

PFAS exposure is not only a concern for middle-aged women. Analysis of nearly 3,000 pregnant women that participated in the Shanghai birth cohort found an increase in risk for gestational diabetes mellitus with greater PFAS exposure, as well as impaired glucose tolerance. Specifically, for each log-unit increment in plasma concentrations detected in early pregnancy, perfluorobutane sulfonate (PFBS) was associated with a 23% adjusted increase in risk for gestational diabetes, and perfluoroheptanoic acid (PFHpA) a 25% increased risk. Other PFAS were also associated with elevated oral glucose tolerance test results as well as fasting blood glucose, with effects more pronounced among women of normal pre-pregnancy weight.

Additionally, data from the LIFECODES study, an ongoing prospective pregnancy cohort based at Brigham and Women’s Hospital in Boston, Massachusetts, found that several PFAS were associated with a greater risk for late-onset pre-eclampsia as well. The highest quartile of exposure to perfluorodecanoic acid was associated with a 64% greater risk for pre-eclampsia, while PFOS was associated with a 60% greater risk among women in the highest quartile. It’s worth noting that pre-eclampsia affects 2-8% of pregnancies and is a major contributor to maternal mortality. The authors also reported that the PFAS levels detected in this study were generally lower than that reported in NHANES datasets.

Diet is thought to be the chief source of exposure for most people, though some areas may also have elevated levels in drinking water from contamination resulting from military or industrial uses. Specific dietary predictors have included pizza and salty snacks, fast food, and microwave popcorn, largely because of migration from food packaging, as well as animal foods (dairy milk, cheese, fish or shellfish, red meat, and poultry).

A prospective cohort study published recently in JAMA Cardiology revealed findings that may influence changes in the way...