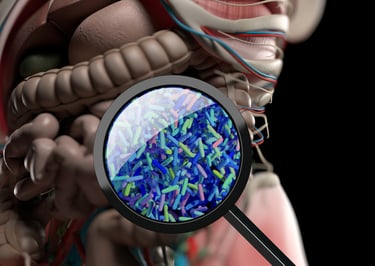 Polyphenols from plant-based foods are thought to mediate many of the beneficial effects we attribute to a more plant-rich diet. For example, high polyphenol olive oil has been shown to reduce both central and peripheral systolic blood pressure compared to low polyphenol olive oil. In a randomized crossover study, the polyphenol content of olive oil was directly tied to the degree that HDL cholesterol increased as well as oxidized LDL cholesterol decreased. In a subset of the PREDIMED study, a large ongoing randomized and controlled clinical trial, significant inverse relationships were observed between polyphenol intake and a number of circulating markers of inflammatory risk and cardiovascular disease, including VCAM‐1, ICAM‐1, IL‐6, TNF‐α and MCP‐1, as well as blood pressure and (increases in) HDL cholesterol. Large epidemiological studies strongly suggest that polyphenols don’t just protect against cardiovascular disease, but also provide protection against many other chronic diseases including diabetes, cancer, neurodegenerative diseases, and aging itself.

However, a solid and growing evidence base suggests that these positive changes are not solely dependent on the total amount of polyphenols in the diet alone, but instead point to a relationship between dietary polyphenols and the gut microbiota. The 100 trillion or so bacterial cells in the gut metabolize dietary polyphenols, and in most cases, bio-transform them into more active metabolites. Considering that the coding capacity of the gut metagenome is about 150-fold higher than the human genome, many biochemical pathways that aren’t available to our cells are readily available to bacterial cells. It is considerably important to understand how intertwined the microbiota and diet are, as it may suggest that optimal interventions are the ones which target both improved microbial diversity as well as increased intake of key phytonutrients.

For example, as described in a previous Research Forum, the diversity of the microbiome was responsible for just over 15% of the beneficial effects of specific foods and polyphenols on blood pressure, and nearly 20% of the beneficial reduction in visceral adiposity. In a randomized crossover clinical trial, 49 participants at higher cardiometabolic risk (having a minimum of 2 metabolic syndrome criteria) were given a daily dose of 8 g of grape pomace, rich in both dietary fiber and polyphenols. Insulin levels were reduced in only about half of study participants, and this variability in responsiveness was attributed to differences in their microbiota (specifically, responders had significantly lower Prevotella and Firmicutes levels, and higher miR-222 levels). In a second randomized and placebo-controlled trial, 81 participants with type 2 diabetes were given a polyphenol and prebiotic (inulin) rich food which not only modified their microbiomes significantly, it also was associated with improvements in glucose, lipids, and inflammatory markers. So the microbiota appears to influence (and be influenced by) clinical effectiveness of specific polyphenol based interventions. But what is the mechanism behind these observed benefits?

One approach to understanding this is to follow the fate of the polyphenols found in berries. Most berries contain a variety of polyphenols, including phenolic acids, anthocyanins, flavonols, flavanols, and tannins that have been investigated for their benefits on a wide variety of conditions, including cognitive function and cardiovascular disease. Despite their apparent benefits, berry polyphenols are somewhat poorly absorbed in their original form. First, a small percentage (5-10%) undergoes hydrolysis in the small intestine, enters an enterocyte and undergoes phase 1 transformation (oxidation, reduction or hydrolysis), and then is shuttled to the liver. Most (90-95%) of the berry polyphenols end up in the colon though, where the much denser population of bacteria modify these compounds (for example, corilagin can by hydrolyzed to ellagic and gallic acids), leading to the production of smaller and more absorbable compounds. In fact, many of the compounds from berries that we consider to be biologically active are actually a product of fermentation in the colon. These too are then shuttled to the liver, undergo phase 2 transformation, and enter the general circulation. It’s important to note that the relationship between gut bacteria and berries is a two-way street; for example, a pathogenic genus like Staphylococcus can be strongly inhibited by ellagitannins from cloudberry and raspberry, while beneficial bacteria such as Bifidobacterium are boosted by blueberries.

The number of bacterial species and possible metabolic pathways that the variety of polyphenols in the diet can take is a bit overwhelming, yet it is also a new and exciting area of research. For example, an ongoing map of the relationship between bacterial species and polyphenol metabolism was recently published in Nature Communications. A computational model based on multi-omics, this system predicts the degradation pathways for hundreds of dietary components including polyphenols, based on data from hundreds of bacterial species. It was used to fairly accurately predict the metabolic output from a variety of children following a meal of fermented lentils. Efforts like this offer the possibility that soon we may be able to more closely monitor our own microbiomes and personalize dietary interventions for more synergistic benefits.

END_OF_DOCUMENT_TOKEN_TO_BE_REPLACED

In an extraordinary analysis published recently in Nature Communications, researchers in Sweden report the results of a ...