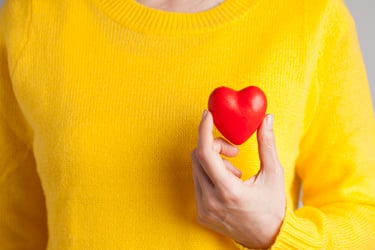 A prospective cohort study published recently in JAMA Cardiology revealed findings that may influence changes in the way risk for coronary heart disease (CHD) is assessed in women. Data were gathered from over 28,000 female health professionals participating in the Women’s Health Study with baseline profiles obtained between 1993 and 1996 with a median follow-up time of 21 years between 2017 and 2020.

The study, conducted primarily by researchers at Harvard Medical School and Brigham and Women’s Hospital, determined that the magnitude of effect of some of the traditional risk factors for CHD—such as total cholesterol, LDL cholesterol, and even physical inactivity—was far eclipsed by the effect of diabetes, metabolic syndrome, and insulin resistance on predicting early onset CHD in women.

Researchers evaluated the relative risk (RR) of more than fifty clinical risk factors, inflammatory, metabolic, lipid, and lipoprotein biomarkers with regard to incident CHD across four age quartiles (<55 years; age 55 to 64; age 65 to 74; and ≥75). Across all ages, diabetes conferred the highest RR, with risk increased tenfold in women younger than 55 (RR of 10.7; 95% confidence interval 5.57-20.60). In the same age group, lipoprotein insulin resistance (LPIR) conferred RR of 6.4, metabolic syndrome 6.09, hypertension 4.58, obesity 4.33, and triglycerides 2.14. Contrast these with the RR associated with total and LDL-cholesterol: 1.39 and 1.38, respectively. (And of course, it may be worth noting that hypertension, elevated triglycerides, elevated fasting blood glucose, and abdominal obesity are themselves part of the diagnostic criteria for metabolic syndrome.)

It’s interesting to note that hemoglobin A1c had a much lower RR (1.38) than diabetes. This may be reflective of the increasingly recognized phenomenon of individuals with normal blood glucose but dramatically elevated insulin, who may have several features of metabolic syndrome and insulin resistance in the absence of hyperglycemia. Smoking, long known to be a risk factor for heart disease, conferred RR of 3.9, family history (specifically, parental myocardial infarction prior to age 60) had RR of 2.19, and the RR of physical inactivity was just 1.53.

It has long been known that diabetes causes damage to blood vessels. Joseph Kraft, MD, pioneer of the oral glucose tolerance test with insulin assay (now commonly referred to as the “Kraft test”), wrote in his book, Diabetes Epidemic and You, “Those with cardiovascular disease not identified with diabetes are simply undiagnosed.” He went on to say, “There is no evidence that cholesterol—by itself—blocks coronary or cerebral arteries, causing heart attacks or strokes. Cholesterol is a co-participant in lipid deposition into the endothelium of arterial vessels damaged by hyperinsulinemia.” It is important to appreciate the adverse effects of chronically elevated insulin on vasculature even in those with normal blood glucose.

Other heavily replied-upon markers, such as homocysteine and C-reactive protein, also had much lower RR (1.03 and 1.76, respectively) compared to factors associated with metabolic syndrome or hyperinsulinemia. Most of the biomarkers and clinical risk factors showed attenuated risk with increasing age, but if the goal is to reduce risk in younger women, then data in those 65 and younger is especially relevant.

This research adds to the body of literature suggesting that LDL-cholesterol may not be the most appropriate biomarker to focus on, and possibly not the most suitable target for intervention. Numerous studies now show that individuals who would be candidates for lipid-lowering therapies based on cholesterol measurements may be revealed to have zero coronary artery calcification (assessed via CT scan), and vice-versa: those with total or LDL-C levels considered “normal” may have a degree of calcification that increases risk for CVD.

This new study has strengths and weaknesses. One point in its favor is the fact that risk was assessed via direct blood measurements rather than through food frequency questionnaires, which are riddled with shortcomings. The study wasn’t looking at hypothetical associations between certain foods or dietary patterns and increased risk for CHD, but rather at objective biomarkers. A large weakness, however, is that the study population was over 95% Caucasian, and risk factors for cardiovascular disease may be slightly different in African Americans and other groups. Additionally, the study was limited to women aged 45 and older, and lifestyle habits and medical histories were self-reported and therefore subject to recall bias. That being said, the sheer magnitude of the associations for diabetes, LPIR, metabolic syndrome, hypertension, obesity, and smoking may warrant a reevaluation of what the most effective interventions for reducing CHD risk are likely to be so that dietary changes, supplementation and medication regimens, and lifestyle advice can be targeted more fruitfully.

The results of a community-based longitudinal study that followed over 1000 women from 1999 to 2017 were recently publis...