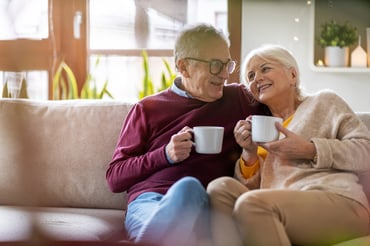 A 36-week open-label trial conducted at Baylor College of Medicine was recently published in Clinical and Translational Medicine. This small trial documented multiple physiological deficits among older adults compared to young adults with dramatic change across many biomarkers in older adults after 24 weeks of supplementation with the glutathione (GSH) precursors glycine (Gly) and N-acetylcysteine (NAC) together (GlyNAC).

In this study, 8 older adults (OA, age 71-80) were supplemented with Gly (1.33 mmol/kg/day) and cysteine (0.81 mmol/kg/day, as NAC). Various biomarkers were collected at the beginning of the study, as well as every 12 weeks for 36 weeks (the last 12 weeks were without supplementation). Young adults (YA) did not receive supplementation, but provided baseline values for comparison. The following differences were noted:

While this was a small study and not placebo-controlled, it is not the first to draw connections between glutathione expression and declining function as well as aging itself. It is also not the first to show that a drop in the synthesis of glutathione among older adults is the problem, but one that can be nearly restored with GlyNAC.

There seem to be two general explanations for insufficient glutathione and its link to many functional deficits; a decline in production observed in an aging population, and an increased demand due to either oxidative stress or environmental pollutants (and sometimes both a drop in synthesis and a higher burden of exposure may occur). For example, age-related conditions such as neurodegenerative disease, osteoarthritis, as well as overall mortality and frailty have been associated with declines in glutathione levels, while non-alcoholic fatty liver disease (NAFLD) and other hepatic diseases, as well as diabetes, are also tied to increased exposure to both environmental and oxidative stress that deplete glutathione.

Despite the cause, boosting glutathione levels supports the metabolic and mitochondrial function that underlies diverse physiological processes; participants with NAFLD given oral glutathione (300mg per day) had a median decline in ALT of nearly 13%, along with reductions in triglycerides, non-esterified fatty acids, and ferritin. Participants with type 2 diabetes, who were found to have reductions in glutathione synthesis, had levels restored when given GlyNAC at the same dose used among older adults.

Glutathione has long been recognized as perhaps the most important intracellular antioxidant and detoxifier of many endogenous and exogenous toxins, but only recently have there been new insights into its role as a key mediator of cellular and protein function. Specifically, its post-translational modification of the thiol group on many proteins may be directly responsible for cellular viability – in other words, a decrease in reduced GSH may shift the balance within a cell toward S-glutathionylation of proteins that impairs cellular function, providing signals related to apoptosis and inflammation, for example.

While NAC is often used alone to boost glutathione levels (it is the rate-limiting precursor for glutathione synthesis), its use with glycine may provide greater support than either nutrient alone. Glycine has been shown to be conditionally essential for a variety of metabolic conditions, for example, and may also provide support for methylation, particularly important as more oxidized glutathione likely contributes to global hypomethylation.

The diverse benefits seen in this study among older adults provide additional support to the idea that the age-related decline in glutathione may be responsible for many age-related deficits. It is also encouraging to see that when glutathione levels are restored, so many of the physiological changes that support metabolic function return closer to normal. It is worth noting that these gains may require ongoing supplementation to maintain, as they receded 12 weeks after stopping GlyNAC.

While studying the glutathione molecule, researchers found that the antioxidant did more than simply promote the immune ...

END_OF_DOCUMENT_TOKEN_TO_BE_REPLACED

Antioxidants are defined as substances that inhibit oxidation, which left unchecked produces free radicals triggering a ...