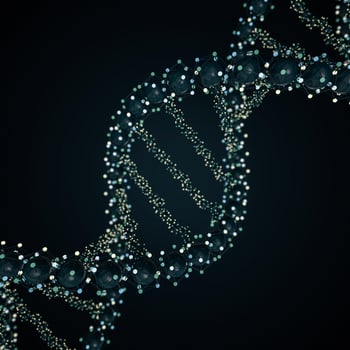 A recent study led by Jonathan Cedernaes and  researchers at Uppsala University reported that the consequences of acute sleep loss on weight gain are more than being hungry and making poor food choices. They demonstrated “how” sleep loss, shift work or sleep disturbances influence the epigenome and gene expression through DNA methylation.

Numerous studies suggest that shift workers are more likely to become overweight or obese from acute circadian misalignment. While there is not a magic number of hours of sleep for reduced risk of metabolic conditions such as type 2 diabetes, one meta-analysis found the lowest risk at 7-8 hours of sleep per day, while short or long sleep increased the risk. In the last century it is no coincidence that America has seen an increase in numerous chronic illnesses as well as an approximate 20% decrease in the amount of sleep it gets. Current research also supports the role of sleep deprivation as part of the current obesity trend in children. Some obvious reasons may be the negative impact of insufficient sleep on eating behaviors and activity levels. Sleep even reduces the benefits of dieting – while the scale may show the same weight loss from a full night’s sleep or less sleep, the later reduced fat loss by 55%. While many dieters pay strict attention to meal planning and food preparation, they must also consider the quality/duration of their sleep to obtain the desired effects of a diet.

Sleep deprivation alters levels of two hormones (ghrelin and leptin) that regulate hunger and appetite. Sleep deprivation is commonly associated with increased ghrelin (which stimulates appetite and fat production) along with decreased leptin (the “satiety hormone”). It may also increase cortisol and reduce testosterone among other things.  Other factors that may influence weight gain include increased food consumption and decreased energy expenditure. However, there is more to this story. According to Cedernaes, “We find that acute sleep loss alters genome-wide DNA methylation in adipose tissue, and unbiased transcriptome-, protein-, and metabolite-level analyses also reveal highly tissue-specific changes that are partially reflected by altered metabolite levels in blood.”

The epigenome is like a set of switches that influence gene expression. Factors known to affect the epigenome include chemical and physical environmental stressors, diet, and life habits. DNA methylation is one of several epigenetic mechanisms that cells use to control gene expression. It is a process where methyl groups are added to the DNA molecule, possibly modifying the function of the genes by turning them on or off.

For this study, the researchers compared samples of subcutaneous adipose tissue, skeletal muscle samples, and blood samples from 15 healthy young males after one night of normal sleep (8.5 hours-long sleep opportunity) and one night of sleep deprivation (overnight wakefulness). All meals were identical between sessions, and low in sugar and fat. Using samples of skeletal muscle and adipose tissue, they were able to gain further understanding into how sleep loss affects key metabolic tissues. For example, in sleep loss, the glycolytic pathway in skeletal muscle is down-regulated leading to decreased glucose utilization and increased muscle protein breakdown. On the other hand, this pathway is up-regulated in subcutaneous adipose tissue leading to increased glucose utilization and triglyceride synthesis without adequate sleep. Adipose tissue experienced increased levels of proteins associated with adipogenesis during sleep loss, while skeletal muscle was found in a catabolic state. These observations are in line with previous findings of altered body composition associated with sleep loss. The researchers suggest that these tissue-specific differences may indicate that sleep loss actually reprograms DNA methylation (altering “metabolic memory”) in adipose tissue increasing the susceptibility to adverse weight gain. The contribution of sleep loss to DNA methylation, which promotes increased adiposity, may be the link that explains how chronic sleep issues and disruptions of natural circadian rhythm can influence the risk of obesity and other metabolic dysfunctions. The results confirmed previous findings that sleep loss favors the retention of adipose tissue over skeletal muscle mass. While there were tissue-specific differences in fuel utilization, researchers also found increased inflammation across tissues following sleep deprivation.

Given what we know about the effects of sleep disturbance on weight loss, it is imperative that sleep interventions are combined with dietary and lifestyle measures to improve conditions such as obesity and diabetes. Small steps to increase the duration (and quality) of sleep include scheduling enough time for sleep, avoiding blue light several hours prior to bedtime, and avoiding stimulants such as nicotine, caffeine and alcohol in the evening.