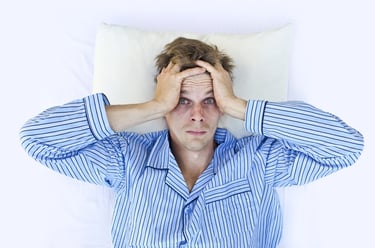 The function of sleep remains a lively topic as we are beginning to understand sleep helps with replenishment of brain energy stores, detoxification, restoration of function and brain connectivity/plasticity. Sleep also acts as a host-defense mechanism strengthening the relationship between sleep and the immune system.

The interdependent relationship between illness and sleep has long been known - as far back as 384-322BC when Aristotle wrote about the connection between lethargy and fever. A healthy brain will release neurochemicals like cytokine interleukin and serotonin during sickness to alter sleep patterns. Serotonin is not often thought of in terms of sleep. However, serotonin is vital for sleep as it regulates the non-rapid eye movement (NREM) phase of sleep. NREM sleep is the deepest phase of slow wave sleep (SWS).

Why do We Sleep?

Sleep is triggered by both our internal cellular biorhythms and the release of the hormone melatonin. The purpose of sleep seems to be its overall regeneration of the body, and also the fostering of host defense mechanisms. The functions of sleep range from maintaining mood and cognitive ability to physiological homeostasis and resilience. Experientially, anyone who has gone without sleep for just one night will understand its importance on the ability to do just about anything.

Interleukin-6 (IL-6) is an inflammatory cytokine that is involved in the manifestation of sickness if released at the wrong time. Naturally occurring, nocturnal sleep regulates the hypothalamic–pituitary–adrenal axis (HPA axis), the sympathetic nervous system (SNS) and the inflammatory secretions of IL-6 in humans.

IL-6 is an important part of the immune system that is normally activated at night. IL-6 is also produced in response to infections and tissue injuries. It, therefore, plays a role in the healing of the body when released at the right time, such as at night or as a response to an infection. On the other hand, if IL-6 is released during the day it may contribute to daytime sleepiness.

One study showed that IL-6 peaks at 7:00 PM and 5:00 AM. From an evolutionary perspective, the release of IL-6 in the evening may protect the body from pathogens during the night. Sleep deprivation shifts the circadian secretion of IL-6 to an increase in daytime IL-6. Correspondingly, normal aging results in decreased quantity and quality of sleep and an increased secretion of IL-6 (with higher levels of IL-6 occurring during REM sleep). Research shows that people who spend too long in REM sleep and not enough time in slow wave sleep (SWS) may be at risk for inflammatory diseases.

Sleep disturbance often develops when the central nervous system (CNS) perceives a threat as chronic. This makes sense when there are predatory animals in the vicinity. However, in the modern environment, these perceived threats are normal everyday stressors.

In spite of whether the stress is “life or death” or simply perceived stress, such as psychological or social-environmental stress, it can lead to physical manifestations of inflammation and compromised neurological health. Pro-inflammatory cytokines, like IL-6, create changes in behavior that may start as a sad mood or fatigue, and progress to become more serious. This biological response was required in the past for survival. In modern society, however, the inability to distinguish between real and perceived threats can produce deleterious effects on overall health driven by systemic inflammation.

How Much Sleep Do We Really Need?

We have all heard the common myth that we need 7-9 hours’ sleep as adults. But this doesn’t seem to be scientifically accurate…

A 2010 paper out of UCSD suggests that contrary to popular belief, “8 hours” may not be the optimal amount of sleep. They studied 1.1 million women over 67 years of age and measured what duration of sleep resulted in living longer. Less than 300 minutes sleep resulted in 61% survival, more than 390 minutes resulted in a 78% survival and those that slept between 300-390 minutes lived the longest with a 90% survival. According to the study, the optimal sleep range is 5-6.5 hours, not 8 hours. The study suggest that it is important to get just the right amount of high-quality sleep. These findings back up another study where prolonged or reduced sleep increased the risk of pneumonia.

50-70 million US adults have some form of sleep dysfunction and is more common in women than in men. Since the link between high-quality sleep and the strength of our immune system is clear, perhaps sleep is, in fact, the best medicine.