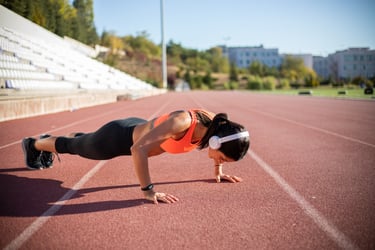 Aging is often associated with the loss of skeletal muscle mass as well as a loss of muscle strength or performance – factors which are often associated with sarcopenia. This issue is a major public health concern, because it negatively influences 6% to 22% of older adults (and half of those over eighty years of age), leading to a negative impact on their quality of life, healthcare, mobility, risk of falls, and independence. Previous research has shown that resistance exercise and nutritional factors positively influence muscle function.

Research has already established a relationship between vitamin D levels and the normal development and maintenance of the skeleton. Researchers have stated that “In order to maintain ‘good bone health’ guidelines concerning the recommended dietary intakes should be followed and screening for Vit. D deficiency in individuals at risk for deficiency is required, followed by the appropriate action.”

The current study looked at 4157 community-dwelling adults with an average age of 69.8 years of age. Some characteristics of this population included:

They used guidelines from the Institute of Medicine (IOM) and categorized a deficiency as 25(OH)D <30 nmol/L and an insufficiency as <50 nmol/L. They also considered the season of the blood sampling using a vitamin D calendar that categorized April through September as summer and October through March as winter, and noted that almost half (48.6%) of this group reported sun holiday travel within the past 12 months. Regarding serum vitamin D levels, the mean serum concentration was 49.7 nmol/L with over half the participants (53.7%) having insufficient levels (<50 nmol/L), of which 21.8% were deficient (<30 nmol/L). Only 5.1% of participants reported supplement use, but it was only recorded if it was prescribed vitamin D and calcium for osteoporosis but did not include the use of non-prescribed vitamin D supplements. Given the low percentage of supplementation, researchers suggest that food fortification or other strategies may be necessary to help improve vitamin D deficiencies in this population.

Researchers used handgrip strength (HGS) and the short physical performance battery (SPPB) to estimate impaired muscle strength. The SPPB consists of an eight-foot gait speed test, a repeated chair rise task and a static balance test. They looked at these variables along with potential confounders and related variables.

Results from the study include the following:

The secondary aim of the research was falls. Fall rate was evaluated as one fall or multiple falls in the past 12 months. Fall rates were 15.8% for single falls and 10.5% for multiple falls, but did not significantly differ by 25 (OH)D status in community-dwelling older adults. However, researchers noted that supplementation may reduce fall rates in more vulnerable populations such as those in residential care facilities.

Impaired muscle strength and physical performance were identified in 30.6% and 12.7%, respectively, of older adults, rising to 40.4% and 25.2% amongst those with the lowest vitamin D concentrations. Consistent with this, vitamin D deficiency [25(OH)D <30 nmol/L] was associated with both impaired muscle strength and impaired physical performance based on regression analysis models. It is accepted that at a minimum, we should seek to eliminate vitamin D deficiency of ≤30 nmol/L, the cut-off for the prevention of bone disease. This strategy may also protect skeletal muscle function in ageing populations.