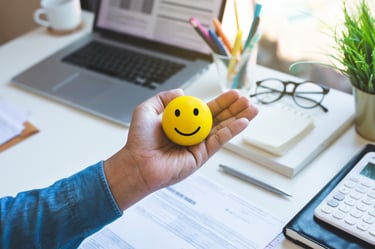 Both brain-derived neurotrophic factor (BDNF) and omega-3 fatty acids have powerful health-promoting effects on the brain, boosting cognition and overall mental health. ALA (α-linolenic acid) can be considered the “parent” fatty acid as the body converts ALA into EPA (eicosapentaenoic acid), and subsequently DHA (docosahexaenoic acid), in the liver. Not only are humans not particularly effective at converting ALA to EPA, and even less effective at converting EPA to DHA, this process can be hindered by toxic or fatty livers. Therefore, liver health is vital in the process of assimilating omega-3 fatty acids.

ALA is found in a variety of foods, such as fruits, vegetables, nuts, seeds, fish, and organ meat. However, the bioavailability and quantity of omega 3s must be optimized to ensure sufficient amounts. Because the two essential fatty acids, EPA and DHA, are necessary for healthy brain development in both children and adults, it is critical to get the required amounts.

DHA is the most prominent fatty acid in the brain, retina, and spermatozoa. Suboptimal DHA intake can impair cognitive development in infants. EPA helps support healthy inflammatory processes, which explains partly why supplementing with omega-3s is important for mental health.

A 2019 26-week study of 71 first-episode patients with schizophrenia (SCZ) revealed the connection between brain-derived neurotrophic factor (BDNF) and SCZ. Patients were given either n−3 PUFA or an olive oil placebo to observe changes in both symptoms and BDNF levels.

Those taking the omega-3 fatty acids were found to have increased serum BDNF and reduced feelings of depression. This was the first study measuring BDNF in SCZ patients while supplementing with a concentrated fish oil supplement. Various animal studies have also documented improved inflammatory response markers and brain health support when n−3 PUFA was administered.

Certain mental health disorders such as SCZ develop over time, normally emerging before the age of 30. It’s thought that SCZ develops throughout life due to disruptions in brain development. SCZ rarely occurs in children. Most studies have shown a reduction in BDNF in patients with SCZ, thus the most recent study monitored BDNF to assess its relationship with both the symptoms of SCZ and how omega-3s could influence overall brain health.

Traditionally, SCZ has been measured by changes in markers of dopamine and γ‐aminobutyric acid (GABA) in various regions of the brain. GABA is the neurotransmitter responsible for calming the mind and dopamine is the hormone responsible for mood, sleep, memory, learning, concentration, and motor control. Scientists are now turning to studying BDNF as a possible marker for cognitive function.

The efficacy of using EPA + DHA to upregulate the production of BDNF was put to the test in the recent trial. Blood was drawn in an early fasted state and measured for BDNF. The results cannot be measured against another trial, as this was the first of its kind. However, the results were compelling. When compared to the placebo, the blood serum levels of BDNF were twice as high, with 10.98 pg/ml in the EPA+DHA group and 4.388 pg/ml of BDNF in the control group, showing that supplementing with omega-3s greatly increases the levels of BDNF circulating in the blood.

BDNF’s Rose in the Brain

BDNF regulates brain neuron survival and growth in a developing brain. In the adult brain, BDNF plays an important role in learning and memory processing. BDNF is the most abundant growth factor in the brain and has been studied extensively. We now know that BDNF plays an essential role in processes disrupted in those suffering from mental health conditions.

Most of the previous studies on BDNF have been done with chronic SCZ patients. However, a recent study has shown that high-risk groups for SCZ also have low BDNF. Lead researcher Tomasz Pawełczyk and his team propose that low levels of BDNF may signal neurocognitive dysfunction.

How to Increase Levels of Serum BDNF

Boosting BDNF production is a great way to enhance mood, memory, and learning. Increased BDNF levels were observed when patients were given a daily dose of concentrated fish oil during a recent 6-month trial.

Other ways to increase BDNF include:

Lack of sleep depletes the body’s BDNF reserves, so getting a good night’s sleep is a key part of protecting the brain. Additionally consuming curcumin (the active ingredient in turmeric) has been shown to boost BDNF as well as help with the body’s inflammatory process.

BDNF is a growth factor in the brain that boosts mental health and wellbeing. Consuming omega-3 fatty acids can help boost the levels of BDNF circulating in the body, in turn supporting cognitive abilities.

The Synergy of B Vitamins & Omega-3s

One key to optimizing nutrition is the fact that many nutrients work best in conjunction with other vitamins. A good exa...