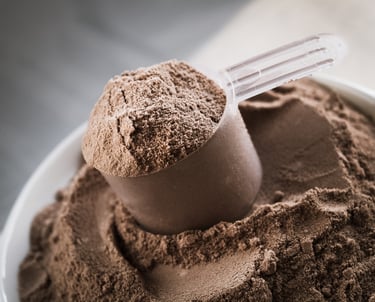 High-quality amino acids in our diet are essential for maintaining immune system cell structure. Whey protein is a well-known, complete protein source that provides all the essential amino acids our body needs.

Bovine milk contains many components that have immunomodulatory and antimicrobial properties. Research has demonstrated that bovine colostrum and milk, whether or not they are from cows immunized against specific pathogens, provide a medium for the transfer of passive immunity, and may offer disease protection in a range of species.

Peptides and amino acids in whey protein possess immune stimulatory activity. The most valuable proteins include: lactoferrin, immunoglobulins, β-Lactoglobulin, lactoperoxidase and lysozyme, along with bioactive peptides. These components are resistant to pepsin and trypsin activity and maintain their biological activity within humans as evidenced in numerous studies.

Bovine immunoglobulins, in particular bovine IgG, have been studied since the 1970's for their potential effects on immunity and infection in humans. Milk is a rich source of immunoglobulins and it has developed through evolution to ensure the transfer of passive immunity from mother to offspring. The immunoglobulins in colostrum and milk also provide opportunities to harness their immunological function for the benefit of other animals, including humans.

Immunoglobulins (IgGs) are present in the blood and tissue fluids, as well as colostrum and milk of all lactating species. The biological function of milk IgGs is to confer upon the offspring an immunological protection against microbial pathogens and toxins. A large number of studies in infants and adults have shown that bovine IgG can provide added immune support in people with gastrointestinal and upper respiratory tract infections.

IgGs function as flexible adaptors linking together various parts of the cellular and humoral immune systems. Another vital function of IgGs is their ability to augment the recognition and phagocytosis of bacteria by leukocytes. Milk immunoglobulins can also prevent the attachment of pathogens to the epithelial lining that is a critical step in the establishment of infection.

Several in vitro and animal studies have shown effects of bovine IgG and colostrum in viral respiratory tract infections. Bovine immunoglobulins can bind to- and in vitro even neutralize- RSV, a common childhood pathogen resulting in upper respiratory tract infections. Furthermore, bovine immunoglobulins from non-immunized cows have been shown to be able to bind to human RSV as well as to influenza virus

In order to be used as an active, prophylactic ingredient in human food products, a significant amount of bovine immunoglobulins must be able to survive passage through the stomach into the small intestine, or even throughout the entire gastrointestinal (GI) tract. This has been the subject of several studies and IgG does seem to pass through the gastrointestinal tract without being fully degraded by digestion, thus leaving its functional aspects intact.

Numerous studies have demonstrated that bovine IgG is relatively resistant to proteolysis by digestive enzymes and is only partially inactivated by gastric acid. In adult humans consuming a bovine whey protein concentrate, approximately 59% of IgG was detected from in the jejunum, while 19% was detected in the ileum. In addition, between 10-30% of orally administered bovine IgGs can be recovered from the stools of human infants and adults.

The amount of undigested IgGs can be improved considerably by fasting before the administration of IgGs. In addition, the short transit time of a liquid meal allows for more of the IgGs to be delivered into the small intestine intact due to less time exposure to the stomach acid. This supports the common strategy of using a whey-based smoothie as the first meal of the day to maximize its immunological activity.

β-Lactoglobulin (LG) is the most abundant whey protein in bovine milk. Notably, LG accounts for more than 50% of total whey protein. It plays a key role in enhancing immune responses by promoting cell proliferation through IgM receptors. LG also binds and transports hydrophobic ligands such as vitamins A and D, fatty acids and phospholipids.

Milk also contains some secretory IgA (sIgA). The sIgA present may contribute to the protective effects of immune milk products and is considered to be the primary immunoglobulin responsible for immune protection of mucosal surfaces such as the intestine.

An iron-binding glycoprotein, lactoferrin is a cell-secreted mediator that bridges innate and adaptive immune function in mammals. It has a capacity to bind iron and to interact with the molecular and cellular components of hosts and pathogens. Lactoferrin can bind and sequester lipopolysaccharides, thus supporting healthy inflammation pathway activation and tissue health.

Lysozyme is an enzyme naturally present in milk that offers immune-enhancing properties. Used to lyse bacterial cells by hydrolyzing the peptidoglycan in the cell walls, lysozymes exhibit selective antibacterial properties for oral microorganisms, and are naturally found in the saliva and tears as part of the innate immune system. Lysozymes are considered especially advantageous in the support of a healthy respiratory tract.

Whey protein is rich in cysteine and glutamate. These amino acids serve as precursors of glutathione, a potent antioxidant, which is needed in greater quantities during times of stress. In one study whey protein supplementation doubled GSH levels compared to the control group.

An increased need for dietary cysteine may underlie the increased risk for mortality associated with low protein intake in the elderly. There is considerable evidence that glutathione synthesis and glutathione tissue levels tend to decline in humans as they age.

An increase in dietary cysteine intake can be expected to boost glutathione synthesis, particularly when cellular glutathione levels are relatively low. One way to achieve this, without increasing protein intake, is to supplement with N-acetylcysteine (NAC) although a daily whey protein smoothie will also accomplish this along with its many other benefits.

Arginine is abundant in whey protein and can act as a precursor for nitric oxide (NO). NO is an intercellular messenger and has been recognized as one of the more versatile players in the immune system. Cells of the innate immune system- macrophages, neutrophils and natural killer (NK) cells use pattern recognition receptors to recognize molecular patterns associated with pathogens. Activated macrophages then inhibit pathogen replication by releasing a variety of effector molecules, including NO. It also regulates the functional activity, growth and death of many immune and inflammatory cell types including macrophages, T lymphocytes, antigen-presenting cells, mast cells, neutrophils and NK cells.

When choosing a whey protein supplement it is important to look for one that has not been manufactured using heat, which can denature the fragile constituents and thereby reduce important biologically active proteins. Look for whey protein that has been produced using a natural, ultra-low temperature method. The result is a product supplying a full balance of bioactive whey proteins.