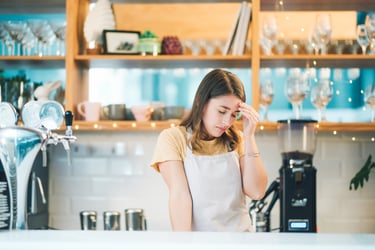 A wide spectrum of detoxification capacity exists in the general population, a result not only of genetic differences but also environmental factors. For example, substantial variation in inter-individual responses to caffeine is well documented; the demethylation of caffeine to paraxanthine, the primary metabolic pathway for elimination, is mediated exclusively by cytochrome P450 isoform 1A2 (CYP1A2), and up to a 6-fold difference in enzyme activity between people has been shown. In addition to variants in CYP1A2, medications can also impair caffeine clearance through this pathway, including oral contraceptives and fluvoxamine, while smoking has the opposite effect. Genetic variation within adenosine receptors, the main target for caffeine in the brain, has also been linked to sleep variation in response to caffeine.

In another example, a 2020 review of histamine intolerance (aka sensitivity to dietary histamine) describes the contributing factors which underlie this non-allergic food hypersensitivity, thought to affect 1-3% of the population. Clinical symptoms of histamine intolerance include both gastrointestinal and extraintestinal symptoms, with a large review reporting abdominal distention in 92% of patients, as well as postprandial fullness, diarrhea, abdominal pain, and constipation in 55-73%. Non-GI symptoms include dizziness, headache, and palpitations, as well as rhinitis, congestion, sneezing, pruritis, urticaria, etc, all reported at a fairly high frequency.

Although two enzymatic pathways are available for histamine metabolism, dietary histamine is primarily degraded by diamine oxidase (DAO), and it is the activity of this enzyme thought to be primarily responsible for the associated symptoms. In one report, 80% of patients with symptoms of histamine intolerance had low levels of diamine oxidase. In another trial that enrolled 137 participants with migraine headaches (and 61 controls), the levels of DAO activity were approximately 1/3 lower among people reporting headaches, with 87% having deficient levels (though a surprisingly large percentage of controls did as well). DAO is inhibited by several medications and has been linked to other gastrointestinal conditions, such as inflammatory bowel disease. Recently, dysbiosis that favors histaminogenic bacteria has been suggested as a possible contributor to histamine intolerance, even among people with healthy DAO activity. A number of single-nucleotide polymorphisms (SNPs) have been identified both in the DAO gene itself and the promoter region, with the relevant SNPs varying by ethnicity.

Perhaps the most famous SNP among nutritionally oriented practitioners is the common SNP within the MTHFR gene (677C→T), known to reduce methylation activity and associated with a 30-60% elevated risk for hypertension, as well as a heightened risk for stroke and migraine headaches. While much of the attention has been on folic acid as an intervention for people with the higher risk allele, low riboflavin status has been shown to substantially exacerbate the risk for hypertension, with supplementation significantly and meaningfully reducing systolic pressure among people with the at-risk genotype in several clinical trials. This may also be one mechanism by which riboflavin supplementation has a prophylactic effect on migraine headaches, as has been shown in several clinical trials.

A recent article published in Nutrients reviews a handful of variants within the genes for phase 1&2 enzymes, which the authors suggest have clinical utility, i.e., they are predictive of relevant differences in detoxification capability and may be influenced by dietary or nutrient interventions. For example, they cite a specific polymorphism in the CYP1B1 gene, a phase 1 enzyme responsible for the hydroxylation of estrogens. Because this enzymatic process is thought to increase the carcinogenicity of estrogen (by increasing the production of 4-hydroxyestradiol), increased enzyme activity has been associated with an elevated risk for cancer development. The rs1056836 polymorphism (G->C) results in a substitution of leucine for valine which increases mRNA expression and CYP1B1 activity. This genetic variant has been associated in some studies with cancer risk, such as an increased likelihood of prostate cancer recurrence and an increased risk of breast cancer following radiation exposure.

It’s important to note that many studies have not found this single nucleotide polymorphism (SNP) to have direct clinical relevance, as evidence grows that most chronic diseases have a polygenic influence, i.e., one SNP alone is less predictive than a composite of SNPs. Yet some degree of risk is likely due to a combination of factors, including interactions between diet, the environment, and genetic susceptibility. For example, a systematic review found that environmental exposure to polycyclic aromatic hydrocarbons was associated with an increase in risk for breast cancer, though this risk was modified by several factors; CYP1A1 and CYP1B1 adverse polymorphisms strengthened the association, as did smoking, while fruit and vegetable intake seemed to mitigate the risk.

Variability exists in the ability to detoxify many of the pollutants and everyday chemicals to which we are all exposed, as does both the degree of exposure and nutritional status which interact to influence potential harm. One clear example of this is a cross-sectional study of children that found exposure to tobacco smoke increased the risk of asthma (adjusted odds ratio (OR) of 2.48), but the highest risk was found in children with 3 risk factors: low vitamin A status, a SNP in GSTP1 (glutathione S-transferase pi), and exposure to tobacco smoke. In these children, the adjusted OR was 4.44, nearly double the risk of smoking exposure alone. Providing nutritional support for people with either increased exposure and/or impaired detoxification capacity may help mitigate the harm of many common pollutants and chemicals.