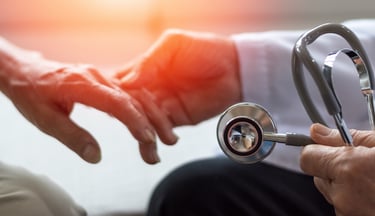 It’s time to recognize that dysregulation of blood glucose and insulin have implications that go far beyond type 2 diabetes and metabolic syndrome. It has long been acknowledged that even in the absence of diabetes, chronically elevated insulin increases risk for Alzheimer’s disease (AD). Noting the close association between insulin resistance and AD, researchers have wondered whether it’s time to add the central nervous system to the list of body systems affected by metabolic syndrome. If so, then there may be reason to suspect that dysregulated insulin signaling may also be a factor in Parkinson’s disease (PD).

A growing body of research suggests that this is the case, and it’s intriguing that drugs used for type 2 diabetes are currently being investigated for repurposing in PD and are showing some promise. It wouldn’t make sense to allocate scarce research dollars in this direction if there wasn’t a sufficient amount of plausible mechanistic evidence. Of course, diabetes drugs don’t solely target the lowering of blood glucose; they also may impact insulin secretion and sensitivity.

With that in mind, the spotlight cannot be limited to blood sugar and diabetes. Looking at PD as a metabolic disease takes the focus off blood glucose and puts it onto insulin. Even when blood glucose is normal, problems with insulin signaling—particularly insulin resistance (chronic hyperinsulinemia)—may be a factor in PD:

“…there is growing evidence that a process analogous to peripheral insulin resistance occurs in the brains of Parkinson's disease patients, even in those without diabetes. This raises the possibility that defective insulin signaling pathways may contribute to the development of the pathological features of Parkinson’s disease, and thereby suggests that the insulin signaling pathway may potentially be a novel target for disease modification.” (Athauda & Foltynie, 2016; emphasis added.)

A small study of patients with PD revealed that 58% had undiagnosed insulin resistance (IR)—and this was based only on the fasting level. It’s not uncommon for an individual’s fasting insulin level to be normal but for the postprandial level to be pathologically high and for it to remain elevated for several hours. So it’s possible that an even higher percentage of the subjects would have been revealed to have IR had the assessments included insulin after a meal or after an oral glucose load.

Alterations or diminishment in the sense of smell or taste are known to be early warning signs of potential PD. Taking this into account, along with new revelations about possible involvement of insulin resistance in PD, it’s fascinating to know that the olfactory bulb is a highly insulin-responsive tissue and has the highest concentration of insulin receptors in the brain. This may explain the otherwise seemingly mysterious involvement of olfaction:

And while insulin signaling should continue to be investigated—with the ultimate aims of developing novel therapies and perhaps even more so uncovering potential preventive strategies—we should not ignore the fact that problems with glucose metabolism are at work as well. Specifically, when neurons either have an inadequate supply of fuel (in the form of glucose) or are unable to metabolize it to generate ATP, the resulting energy deficit would be expected to have catastrophic implications for cellular function:

“Neurons are largely intolerant of inadequate energy supply, and thus the high energy demand of the brain predisposes it to a variety of diseases if energy supplies are disrupted. […] Although neurodegenerative diseases are not classically thought to be caused by disturbed metabolism, bioenergetic defects are emerging as important pathophysiological mechanisms in several disorders.” (Mergenthaler et al., 2013)

It is already known that the neuronal energy deficit in mild cognitive impairment and Alzheimer’s disease is specific to glucose, and that this “fuel shortage” can be bypassed in part with ketones. (Although glucose uptake and metabolism is compromised in the AD brain, ketone uptake and metabolism is not.) To the extent that insulin resistance in the central nervous system or impaired glucose metabolism in affected neurons may be a factor in PD as well, then ketogenic diets and perhaps newly available exogenous ketone compounds may have potential as therapeutic agents by providing ketones as an alternative neuronal fuel. A small feasibility study suggested that dietary ketosis may improve scores on the Unified Parkinson's Disease Rating Scale. In a more recent and more extensive randomized controlled trial comparing a ketogenic diet to a low-fat diet in subjects with PD, both diets resulted in significant improvements in motor and non-motor symptoms, but the ketogenic group showed greater improvements in the non-motor symptoms, which may be more debilitating than the motor issues for some patients.

The positive impact of a ketogenic diet in PD may come from “normalization of aberrant energy metabolism.” Researchers have noted that “ many neurological conditions are linked pathophysiologically to energy dysregulation”—an observation that extends beyond AD and PD to also possibly include multiple sclerosis, amyotrophic lateral sclerosis (ALS) and Huntington’s disease. (Indeed, newly diagnosed MS patients were shown to have a higher prevalence of insulin resistance compared to healthy, age-matched controls, and disease severity may be tied to IR.)

However, adhering to a ketogenic diet can be difficult even under the circumstances of a young, healthy individual who merely wants to experiment. It would be even more difficult in the context of someone with a neurodegenerative disorder and who may have limited mobility. In this situation, there may be a role for the newly developed exogenous ketone formulations that have recently become available to the general public. These products—most commonly sold as ketone salts or esters—would serve to elevate the blood ketone level regardless of someone’s habitual diet. This means that even if someone is unable to implement or strictly adhere to a ketogenic diet, they could still potentially benefit from having a supply of this alternative neuronal fuel.

Research is only beginning to emerge in this area so it’s too early to speculate about the implications, but considering the lackluster impacts of currently available therapies, it will be fascinating to see if this new avenue of pursuit yields any true advances for patients.

END_OF_DOCUMENT_TOKEN_TO_BE_REPLACED

Word is starting to spread that even in people whose blood glucose is within a healthy range, chronically elevated insul...