Understanding (and Using) the CAC Scan 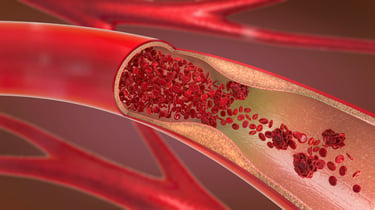 “…a considerable subgroup of individuals with very high LDL-C does not develop coronary artery calcifications and has a very low event rate.” (Bittencourt et al., 2019)

Controversy and debate continue to surround the issue of whether elevated serum cholesterol (LDL-C, in particular) is an independent risk factor for cardiovascular disease (CVD). The prevailing paradigm says yes, it is, while a growing number of researchers and clinicians say no, it isn’t. If the amount of cholesterol contained in the LDL particles in an individual’s bloodstream is not a reliable indicator of CVD, what can be looked to for a stronger predictive value? How about assessing the degree of calcification already present in the coronary arteries? Let’s look at the coronary artery calcium scan.

Elevated LDL-C is not a disease; it is merely a surrogate marker, and researchers have argued that it is a poor surrogate indicator of CVD. That is, elevated LDL-C is not always a reliable predictor of CVD risk. Moreover, lowering LDL-C with medication often fails to have the expected effect on reducing cardiovascular events and disease progression. Numerous clinical trials reveal the lackluster results of cholesterol-lowering drugs. While event incidence may be decreased, the decrease is not proportional to the degree of cholesterol reduction. If elevated LDL-C were a primary cause of CVD, then we would expect to see a much larger reduction in risk and event rate when cholesterol targets are reached, but trial results are often underwhelming.

Unlike using a surrogate marker—and an unreliable one, at that—the coronary artery calcium (CAC) scan assesses the degree of calcification actually present in the blood vessels supplying the heart. Numerous studies report that CAC scans reveal a substantial number of people with high or even very high LDL-C yet zero arterial calcification, and vice-versa: individuals with normal LDL-C yet extensive atherosclerotic plaque. This is critical, because clinical judgments based on measurements of blood lipids may lead to people being medicated unnecessarily, while people who are candidates for medication or other interventions may be left untreated due to a favorable seeming LDL-C level:

“Recommending cholesterol lowering treatment based on estimated cardiovascular risk fails to identify many high-risk patients and may lead to unnecessary treatment of low-risk individuals. The negative results of numerous cholesterol l lowering randomised controlled trials call into question the validity of using low density lipoprotein cholesterol as a surrogate target for the prevention of cardiovascular disease.” (DuBroff, Malhotra, de Lorgeril, 2020.)

If cholesterol lowering medications were free of adverse effects, it would not be as imperative to more precisely target the individuals who would benefit most. However, these medications—the statin drug class, in particular—do come with risk for undesirable effects, both mild and severe, including muscle pain and weakness, liver damage, new-onset type 2 diabetes, cognitive effects (memory loss, amnesia, confusion), and mitochondrial and neurotoxicity. In some cases, statins may even accelerate the very processes they are purported to protect against or reduce risk for: atherosclerosis and heart failure.

Statins and other cholesterol lowering medications may indeed be appropriate for certain patients, but considering their potential adverse effects, it is crucial that they be used judiciously. The CAC scan may be helpful for “reclassifying” patients as high or low risk based on the actual presence of arterial calcification rather than a more traditional risk stratification based on blood lipids. A paper in the journal Atherosclerosis noted, “…almost half of the patients with an indication for statins have no CAC, hence they are at extremely low risk and do not need drugs.” The author specified that, going by the number needed to treat (NNT), “We need to treat 549 patients without CAC for 5 years to save one cardiovascular event, while we can save one event treating 12 patients with a CAC score > 100.” Moreover:

“… CAC is independent of and superior to all other measures of risk, be it traditional or imaging based. […] In summary, direct assessment of atherosclerosis is more predictive than traditional risk factors, and CAC appears to be superior to any other method or risk assessment tool, both to predict the occurrence of events and lack thereof.” (Raggi, 2019.)

Findings from studies employing the CAC scan suggest elevated LDL-C can simply no longer be considered an independent risk factor or predictor for cardiovascular disease. Findings published in 2020 from the famous Multi-Ethnic Study of Atherosclerosis (MESA) study revealed that some individuals with LDL-C greater than 190 mg/dL were found to have CAC scores of zero—and a zero score is associated with a low risk of cardiovascular events. (A zero score was more common among younger subjects, women, and those without diabetes.) Earlier findings from the MESA cohort determined that “significant ASCVD [atherosclerotic cardiovascular disease] risk heterogeneity exists among those eligible for statins according to the new guidelines. The absence of CAC reclassifies approximately one-half of candidates as not eligible for statin therapy.”

A study performed in Korea had similar results: over fifty percent of the individuals for whom statin therapy was recommended were found to have a zero CAC score. Here again, prescription guidelines based on the surrogate marker of LDL-C may have called for medicating individuals who were at low risk for a cardiovascular event based on the absence of calcification. Of course, the flipside of this is equally important: it’s possible for an individual to be at low risk based on traditional risk factors yet have a high CAC score. This was identified in a study of coronary artery calcification in women presumed to be at low risk. Calcification was present in approximately one-third of the subjects, a finding that could help inform a more targeted treatment plan.

Even in individuals with familial hypercholesterolemia (FH), a genetic condition that results in extremely high LDL-C and often leads to early onset CVD and events at young age, the CAC scan may be useful in re-stratifying risk. Nearly half of young people with FH showed no evidence of arterial calcification and thus may not be candidates for pharmaceutical intervention.

The CAC scan may be an especially valuable addition to clinical assessment particularly when non-lipid risk factors are absent but LDL-C is elevated. (This is a growing phenomenon among individuals following very low-carbohydrate diets.) It should also be noted that when looking at more traditional risk profiles, metabolic syndrome, type 2 diabetes, hypertension and related risk factors are still critically important, and these appear to confer much greater risk compared to total cholesterol or LDL-C.