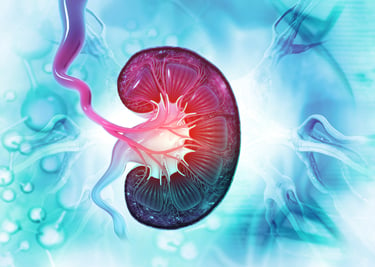 “Good food and dietary variety are some of the great joys of life. […] We believe that given the commitment required of patients, dietary restrictions should only be made when there is clear, conclusive, coherent, and consistent evidence. As we describe, this is not true in any respect.” (Obeid, Hiremath, Topf, 2022)

Dietary protein restriction has long been recommended for patients with chronic kidney disease. However, the evidence supporting this is less robust than you might think. Conventional thinking on red meat, sodium, and heart disease have changed over the years. Is it time to reexamine this longstanding yet possibly unnecessary approach for kidney disease?

According to the American Kidney Fund, diabetes is the predominant cause of kidney failure, responsible for nearly half – 47 percent – of new cases. Hypertension is a close second, causing 29 percent of new cases. Taken together, these two conditions are responsible for over three quarters (76 percent) of all kidney cases of kidney failure. A paper that covered more than fifteen risk factors for chronic kidney disease (CKD) made no mention of a high dietary protein intake. It’s increasingly acknowledged that there’s no association between protein intake and the initiation or progression of kidney disease in healthy people and that evidence does not support a causative role for dietary protein in kidney disease.

But what about for people who already have kidney disease? Something that might be safe in one situation may be contraindicated in another. However, here, too, the evidence substantiating the conventional approach of recommending a low-protein diet is underwhelming.

In a study of patients with chronic renal failure, a low protein diet (0.4 to 0.6 g/kg/d) delayed the progression rate of renal failure only in patients with primary glomerular disease, and only in males. Female patients did not benefit at all. Considering primary glomerular disease accounts for only a small percentage of all kidney disease, this is an intervention that would benefit few people. Protein restriction shouldn’t be dismissed for the few individuals whom it would help, but it doesn’t seem reasonable for it to be recommended across the board for all kidney patients.

A 2020 Cochrane systematic review assessed 21 randomized controlled trials of adults with CKD (stages 3 to 5) who did not have diabetes and were not on dialysis. Three levels of protein intake were compared: very low protein (0.3 to 0.4 g/kg/day), low protein (0.5 to 0.6 g/kg/day) and normal protein (≥ 0.8 g/kg/day) for 12 months or longer. They concluded that protein restriction had less than stellar effects with regard to disease progression:

“…very low protein diets probably reduce the number of people with CKD 4 or 5, who progress to ESKD [end-stage kidney disease]. In contrast low protein diets may make little difference to the number of people who progress to ESKD. Low or very low protein diets probably do not influence death. However there are limited data on adverse effects such as weight differences and protein energy wasting. There are no data on whether quality of life is impacted by difficulties in adhering to protein restriction. Studies evaluating the adverse effects and the impact on quality of life of dietary protein restriction are required before these dietary approaches can be recommended for widespread use.”

A more recent review also questions the efficacy of protein restriction for people with CKD. The authors were unconvinced that the guidelines for nutrition from the National Kidney Foundation’s Kidney Disease Outcomes Quality Initiative (KDOQI) are evidence-based. They wrote, “The trials used to justify the KDOQI guideline do not support that a LPD [low-protein diet] lowers the risk of ESKD or slows the progression of kidney disease unless one relies on isolated subgroups and ignores the totality of the evidence.” They also raised the question of the potential negative impact on quality of life from a low-protein diet for the long-term.

Even where evidence does suggest a modest benefit to protein restriction, emphasis is on the word “modest.” Protein restriction does not appear to halt the progression of kidney disease; at best it may slow the decline in kidney function, but even then, the results have been lackluster and often lack statistical significance. The same is true for progression to renal failure or death.

Considering that type 2 diabetes and hypertension are, by far, the biggest risk factors or outright causes of CKD, it may be more logical to focus on restricting dietary carbohydrate, rather than protein, in such patients. Indeed, medications for type 2 diabetes and hypertension often need to be reduced or discontinued within a short time of a patient adopting a low-carb or ketogenic diet.

More research is needed, but so far, low-carb diets appear to have beneficial or neutral effects on kidney function. A meta-analysis of randomized controlled trials found that even in people without CKD (but who were overweight or obese), low-carb diets increased eGFR more than control diets. A small cohort of patients with type 2 diabetes and normal renal function or mild CKD, a low-carb diet resulted in a significant improvement in serum creatinine. (More advanced kidney disease was not studied.) A retrospective cohort analysis of over 2000 overweight or obese patients who followed a ketogenic diet determined that, regardless of weight change, in those with mildly or moderately to severely reduced kidney function, eGFR was either unchanged or improved.

Learn more about the effects of low-carb diets on kidney function in this video lecture: Chronic Kidney Disease and Therapeutic Carbohydrate Restriction.

High-quality amino acids in our diet are essential for maintaining immune system cell structure. Whey protein is a well-...

END_OF_DOCUMENT_TOKEN_TO_BE_REPLACED

Collagen is the most abundant protein found in the animal kingdom. Though nearly 28 types of collagen have been identifi...