Detoxing the Brain: Sleep and Glymphatics 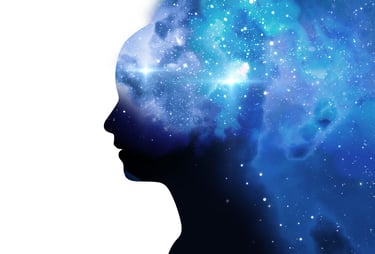 According to the Natural Resources Defense Council (NRDC), there are over 85,000 synthetic chemicals in circulation today, which is hard on the immune system and elimination pathways. The first step to properly detoxify the brain is to do everything in our power to reduce and eliminate toxins from our lifestyle, such as avoiding synthetic chemicals whenever possible.

When looking at how the brain detoxifies, it’s important to understand how it became toxic in the first place. Alongside the buildup of cellular waste, pesticides, and herbicides, neurotoxins can damage the brain and central nervous system (CNS). In addition, several heavy metals such as lead, mercury, cadmium, aluminum and copper can settle in the brain and cause damage. Some artificial sweeteners including Aspartame, NutraSweet®, and Equal® are considered excitotoxins and, as such, can also damage the brain and nervous system.

Thankfully the body has comprehensive systems to cleanse and detoxify the body. However, we must take steps to avoid neurotoxins to give our brains the best chance of detoxifying. In this article, we’ll explore how the brain detoxifies, how the brain connects to the immune system and how the energy of food impacts brain health.

Sleeping is the most efficient method of detoxifying the brain. While we sleep, cerebrospinal fluid floods the brain, removing cellular waste and toxins. Brain cells shrink as the interstitial space increases by 60%. This process enhances the removal of β-amyloid plaques and other toxic compounds from the brain.

Danish Dr. Maiken Nedergaard, a professor of neurosurgery at the University of Rochester explained this simply: "It's like a dishwasher". During sleep, a cleaning process is carried out where spinal fluid is pumped into the brain and removed at a rapid pace.

Upon waking the brain cells return to their enlarged state and the cerebrospinal fluid entering the brain turns to a trickle. Nedergaard says "It's almost like opening and closing a faucet". Until the glymphatic system was recognized and coined by Maiken Nedergaard, the absence of the lymphatic drainage pathway in the brain was puzzling.

To regenerate brain tissue, foods that have a high electromagnetic charge should be consumed. The energetic and electrical components of foods directly impact brain function and can be measured with Volt-ohm meters, also known as a VOM (volt-ohm-milliammeter), multimeter or a multitester.

Electromagnetic energy is rated in units called angstroms. The higher the angstrom rating, the more energy is in the food. Foods that are freshly picked from nature and uncooked will provide the highest amount of electromagnetic energy, that will, in turn, be transferred to your body and cells. This energy will help the brain detoxify.

When Detoxifying the Brain, Avoid Dairy

If you are focusing on detoxifying your brain, then it's important to steer clear of dairy. After the age of 3 or 4, we lose the ability to properly break down milk.  Adults lack the necessary enzymes, especially lactase that breaks down the milk sugar, lactose. Because we lack the necessary enzymes to break down dairy, the body can get increased mucus production and increased mucus leads to congestion.

What’s more, dairy is pasteurized, which kills the water-soluble vitamins. In fact, if you feed a calf pasteurized milk instead of fresh raw milk straight from its mother, it dies. If you are worried about calcium then you can supplement your diet with added greens as they are bursting with calcium.

Removing Toxic Waste from the Brain

In another study funded by the National Institute of Neurological Disorders and Stroke (NINDS), Nedergaard and her team observed how the cerebrospinal fluid whisked away waste products that built up in the brain during the day.

Without sleep, our thoughts can be impaired and, over time, this can lead to death. Nedergaard postulates that this deadly impact of a lack of sleep might be due to toxic waste building up in the brain. Another neuroscientist, Randal Bateman of University in St. Louis, who was not involved in the study explains that "beta-amyloid concentrations continue to increase while a person is awake".

This brain-cleaning process has been observed in mice, rats, and baboons, but it’s yet to be seen in humans. However, it does present a clear idea of the mechanisms behind how the brain switches function from “awareness” to “cleaning” during sleep. All neurodegenerative and mental disorders present with sleep disturbance, and this finding might explain the relationship in more detail.

How the Brain Connects to the Immune System

We’re continually learning about how the brain rids itself of waste matter. Finding the glymphatic system has explained a lot about how the central nervous system (CNS) and the brain is cleansed. In addition to this pathway, new vessels were found by researchers at the University of Virginia (UVA) School of Medicine that connect the brain to the peripheral immune system through meningeal lymphatic vessels. This neuro-immune interaction suggests that neurological disease has an immune component. These findings were established thanks to a novel analytical methodology designed by Antoine Louveau, PhD. Lymphatic vessels are now known to travel from the brain down to the sinuses.

Several neurological diseases present with accumulated waste in the brain. Kipnis and his team now think that this waste builds up because they have not been efficiently removed by the lymphatic vessels. They also found that the vessels look different with age and may play a role in age-related cognitive decline.

Many people argue that the body can detoxify on its own, so we don’t need to interfere. However, chronic lack of sleep, illness, as well as heavy metals and other toxins can build up and damage the brain. Taking time to get extra high-quality sleep and detoxify can be a great way to boost brain power and overall health.